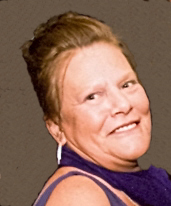 Linda Louise Kirk, 58, passed away unexpectedly in the early AM of Sunday morning, October 10, 2010 at Warrington Lake, Oconto County. Linda was born on December 20, 1951 to Francis and Marcella (Nieland) Sprangers and married James Kirk on November 2, 1979. She was a devoted and loving daughter, wife, mother, grandmother and friend.

Linda was preceded in death by her father, a brother Jerry Sprangers, and her father and mother-in-law, Norman and Sally Kirk.

A funeral for Linda will be held on Thursday October 14, 2010 at 11:00 AM at BETHANY LUTHERAN CHURCH (124 W. 10th St. Kaukauna) with Pastor Walter Steinbach officiating. Burial will be in the Highland Memorial Park. Friends may call on Thursday, from 9 AM until the time of services at the Church.
Linda bestowed her special kindness upon all she met, and will be sadly missed by all who knew her.