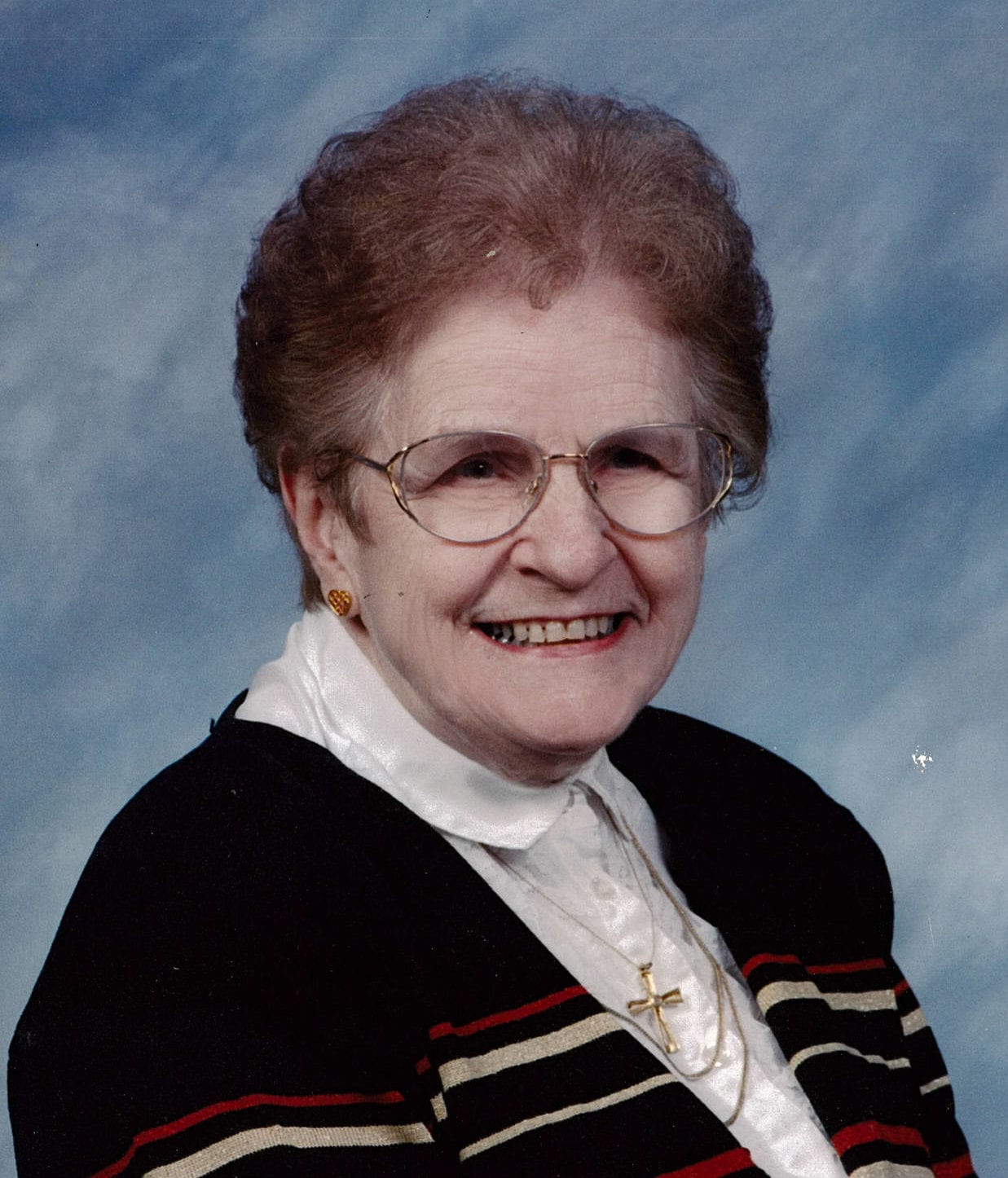 Lillian H. Rohe, 96, passed into the loving arms of Jesus Christ on October 24, 2020 at Park View Health Center in Oshkosh.  She was born on April 30, 1924, at her grandfather’s farm in the Town of Clayton.  She was the daughter of the late George and Frances (Knaack) Strey.  Lillian attended Trinity Lutheran School and then graduated from Neenah High School in 1942.  She then attended and graduated from Bellin Memorial Hospital School of Nursing, Green Bay in 1945 as an R.N.  She was employed as an Industrial Nurse at American Can Co. for 4 years during which time she met the love of her life, William H. Rohe, in 1947.  They were married on July 5th, 1947 at her parents’ lake home in Neenah in 1947, and enjoyed nearly 64 years of marriage.  Bill died on June 23, 2011.

Lil and Bill enjoyed traveling to many countries throughout the world including Germany, Greece, Ireland and the Holy Land.  They also traveled to many states, including Alaska, Hawaii, Florida and South Dakota.  Lil and Bill attended the ‘Ice Bowl’ and many years of Packer Games together.  She liked playing Canasta, reading, and visiting with family and friends.  She was employed as an R.N. for 20 years at Theda Clark Hospital.  Lil was a long-time member of Trinity Lutheran Church in Neenah.

Those left to mourn her passing and to thank God for her life are:  her daughter, Mary (Jeff) Krueger and their children Father Ryan (Corpus Christi, Sturgeon Bay) and Erin (Jeremiah) Goyette; daughter-in-law, Marlene Rohe and her son, Will; Christine (Steve) Carpenter and her children Dawn (Garrett) Graf, Isaac Bjorge, Emily (David) Sawall, Alyssa (Dan) Espersen; and Pat Limpert and her daughter, Danielle Putrow.  In addition to her 8 grandchildren, she has 15 great-grandchildren.  Lillian was also blessed with a step-son, Roger (Verna) Rohe and their children, Jolene and Kenneth.  Step-grandchildren also include Brenda (Travas) Menting, Rodney Borkenhagen, and Sara (Jamie) Hunt.  Lillian was god-mother to Rod and Sara.

In addition to her husband, Bill, Lillian was preceded in death by her son, George, her parents, her twin brother Alfred (who died at birth), 3 sons-in-law, Steve Bjorge, Bill Holz, and Dan Limpert, and a step-daughter, Joyce (Elroy) Borkenhagen.  May all of them greet her at Heaven’s door!

Funeral services will be held at Trinity Lutheran Church-Neenah, 407 Oak St in Neenah on Thursday, October 29 at 11:00 AM with Rev. Tony McKenzie officiating.

Mom, we are grateful to you and Dad for the family life and upbringing you gave us.  Thank you for teaching us to pray, to work hard, to stick together as a family,

and to ‘respect our elders’. We love you!

“Rest in peace now, Mom.  Jesus will take it from here.”