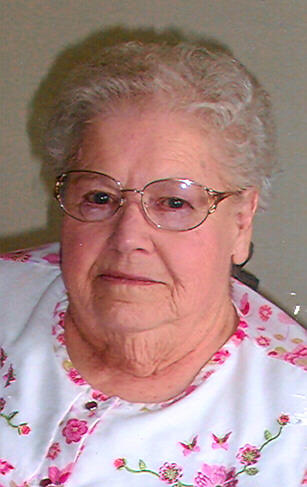 Age 87, went to be with her Lord and Savior on Thursday, December 10, 2009. She passed away with her daughter at her side at Brewster Village after a struggle with dementia. Lillian was born in Oshkosh on July 13, 1922 to the late Thomas and Anna (Boivin) Lewellyn. On June 27, 1942 she was united in marriage to Walter J. Dreier. They had 60 wonderful years of marriage before he preceded her in death on November 16, 2002. Lillian was a wonderful homemaker and baker. She always provided baked goods to all her family, neighbors and friends. She loved to cook and thoroughly enjoyed her job for many years as a hot lunch cook at St. Edward's in Mackville. Whenever anyone needed anything, she was always there to lend a helping hand. Her faith was very important to her and she was a devout catholic and life-long parishioner of St. Edward Catholic Church. She was a long standing member of Christian Mothers and very proud of it. Lillian was also a member of Monte Alverno Retreat Guild, where she served in various offices. She was a past Homemaker and 4-H leader for many years. She was a volunteer and first cook with the Salvation Army and also introduced her grandchildren to volunteering. She was a member and Queen of TOPS, and a member of KOPS. Lillian was also quite a poet and was asked to write poems for many special occasions. She was also an avid Appleton Foxes fan and hosted many corn roasts for them.

The funeral liturgy will be at 11:00 a.m. on Monday, December 14, 2009 at ST. EDWARD CATHOLIC CHURCH, Hwy 47, Mackville, with Fr. Justin Werner officiating and Fr. Dan Felton concelebrating. Friends will be received at the funeral home on Sunday from 4:00 p.m. until 8:00 p.m. with a prayer service led by her grandson, Joel, at 7:45 p.m. The visitation will continue at St. Edward's on Monday from 9:30 a.m. until the time of the mass. Burial will be in St. Edward Cemetery.

The family extends a special thank you to Fr. Falk for all of his visits, Dr. Deb Schultz for her compassion and wonderful care of Mom; and Yvonne, Rhonda, Laura, Bonnie, Jenna and Jasmine who were angels to Mom; and Rec. Therapists Sara and Jenny; and all the other dedicated staff at Brewster Village. Mom was truly Blessed.

In lieu of flowers, a memorial fund in Lillian's name is being established.

Mom, we will always love you and miss you. Enjoy your Christmas with Dad in Heaven.