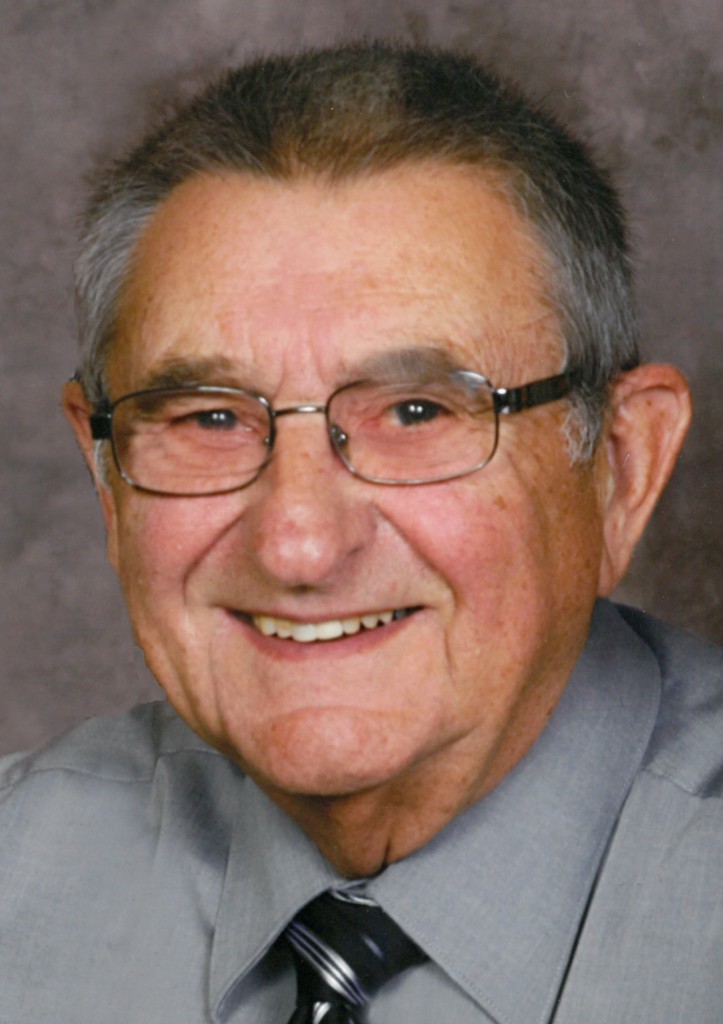 LeRoy graduated from Clintonville High School. On July 18, 1959 he married the love of his life, Darlene Neubauer and together they raised two wonderful children; a daughter, Cheryl and a son, Chris.

A dedicated employee, LeRoy worked at Interstate/Valweld for 42 years. After retirement, he drove bus and trained drivers for Lamers Bus Lines for 13 years.
LeRoy was an active member of Zion Lutheran Church where he served on church council and many other committees throughout the years.

Watching his grandkid’s sporting events was one of LeRoy’s favorite activities, especially times at the ball diamonds and at the dirt and ice racing tracks. LeRoy was also a huge Green Bay Packer fan, much to the dismay of his Viking-loving grandkids, and a big Milwaukee Brewers’ fan. Dancing the polka was almost a sport to LeRoy who was well-known for being the “laughing polka guy!”

He enjoyed 33 years of vacationing at Sunset Lake in Eagle River. Many great memories were made at Zima Cottages. LeRoy spent countless hours fishing, boating, and taking family member’s money at the nightly card games. He also spent many hours on the golf course.

LeRoy and Darlene enjoyed their travels to Hawaii, Alaska, and Newfoundland and their yearly anniversary trip to Washington Island to play golf.

LeRoy is survived by his wife Darlene, his son Chris and his wife Kay, his grandkids and great-grandkids; Becky and Jeremy Schoenike (Jeter and Jack), Josh Roehl, Travis and Kim Verg (Alexis, Jaxon and Owen), Cody and Summer Verg (Miles) and his son-in-law Terry Verg and his wife Jill.

He is further survived by his brother Eugene (Jean), sisters-in law Wanda Roehl and Janice (Ron) Bonnet and many nieces and nephews that he loved dearly.
LeRoy also had 3 “bonus” grandkids and their families; Stacey Van Grinsven, Adam Lamers and Emily Gandara.

He was preceded in death by his daughter Cheryl Verg, his parents, his brother John Roehl and brother-in-law Edward Neubauer.

The funeral service for LeRoy will be held on Tuesday, May 28, 2019 at 11:30 AM at ZION LUTHERAN CHURCH, 912 N. Oneida St. A time of visitation will be held on Tuesday from 9:30 AM until the time of the service at the church. Online condolences may be expressed at www.wichmannfargo.com. In lieu of flowers a memorial fund is being established.

A special thanks to the team of doctors and nurses who cared for LeRoy throughout his journey, but especially his nurses Kensley and Michael who were so kind and caring during his last days.

We love you and we miss you tremendously. We know you’re catching “the big ones” up in heaven.