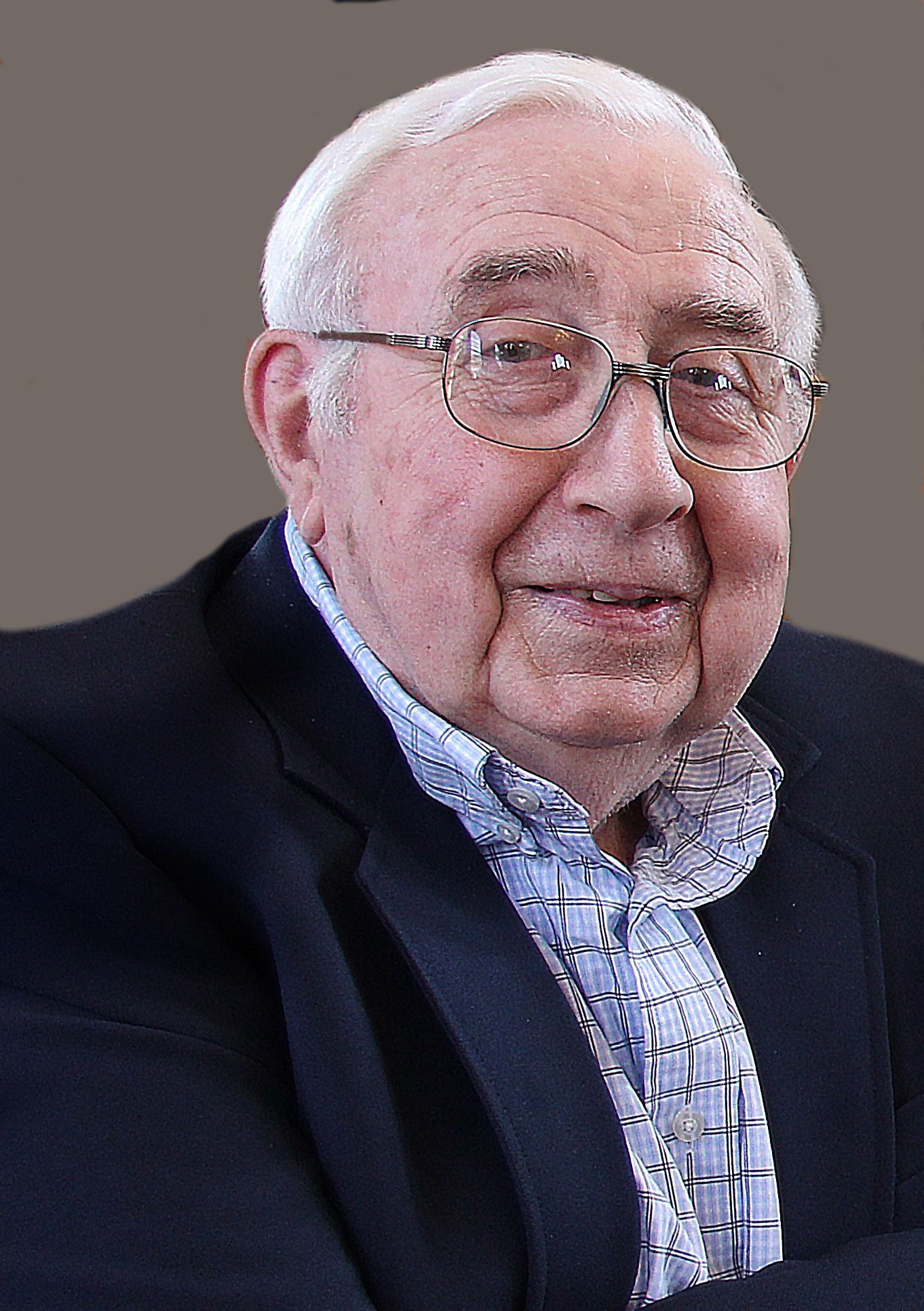 Lee was born August 26, 1934, at home on the family dairy farm near Seymour, WI, the third in the family of nine children of Herbert and Delores (Hurst) Blohm. He was baptized and confirmed at Emmanuel Lutheran Church in Seymour, WI.

Lee's early education was in a one-room rural school, and he graduated from Seymour High School, Class of '53. He went on to attend the University of Wisconsin – Madison, earning a degree in Bacteriology and Dairy Science. While at UW, he completed ROTC training and was commissioned as a U.S. Army Officer. He trained with the 101st Airborne Division at Ft Benning, GA.

Lee married Margaret Appleton at St. Nicholas Catholic Church in Freedom WI, on June 20, 1959. During the next 54 years, they lived in Bonduel, Shawano and Marshfield, WI. They also made a home for their six children in Walnut, and Princeton, IL. Lee was formerly employed by Consolidated Badger Inc. and Avanti Foods. He was a licensed Wisconsin cheesemaker and certified cheese grader. Lee was also the owner and proprietor of the Cheddar House in Princeton, IL.

Throughout his lifetime, Lee was of service to these communities as a member of his church, educational groups, and several organizations including Lions Club, Chamber of Commerce, Wisconsin Cheesemakers Association, Knights of Columbus and Pheasants Forever. Lee was also very committed to his work with Gateway Services for Disabled Adults and Children, including regularly hiring disabled individuals as seasonal employees in the business.
Following his retirement in 1994, Lee and Margaret lived in Freedom and Appleton WI. After they moved to Appleton, he worked at Cardinal Health. He was a member of the Oilers Investment Group and the Wisconsin/Nicaragua Partnership and served a volunteer assignment in Nicaragua to evaluate dairy sanitation and cheese production. His work with the Partners organization brought two Nicaraguans to visit the U.S.A. With the cooperation of several dairy farmers and Wisconsin cheese factories, they experienced modern dairy and cheese production methods.

Lee is also survived by his four God-children: Shari Geske, Patrick Appleton II, Jason Appleton, and Craig Blohm. He is furthered survived by twenty-eight nieces and nephews, many dear friends who were always available for a cup of coffee and lively conversation.

The funeral liturgy for Lee will be held at 10:00 a.m. on Friday, May 23, 2014 at St. Joseph Catholic Church, 410 W. Lawrence Street in Appleton. Celebrant will be Fr. David Belongea, O.F.M. Cap and Deacon Mark Farrell. The visitation will be on Thursday from 4:00 p.m. until 7:00 p.m. at the Wichmann Funeral Home downtown chapel, with a prayer service at 7:00 p.m. and at the church on Friday from 9:00 a.m. until the time of mass. Committal services will take place at St. Joseph Catholic Cemetery with full military honors. Online condolences can be offered at www.wichmannfargo.com.