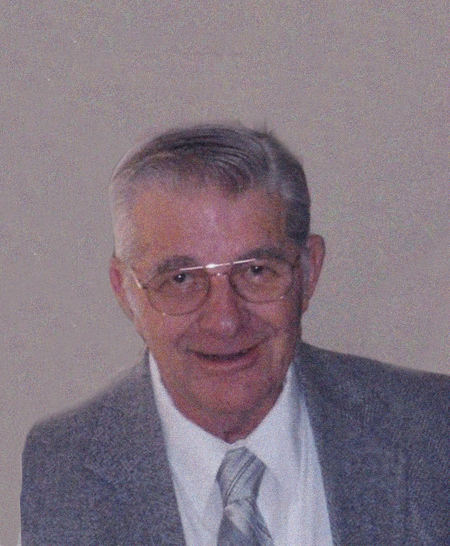 He was born on March 15, 1931, the son of the late John and Ella (Timmers) Bast. He went to grade school in Mackville and graduated from Seymour High School in 1949. He and Betty M. Van Asten met at a dance at The Nightingale and were married on September 29, 1951 at St. John's Catholic Church in Little Chute.

LeRoy worked for Badger Cooperative, which merged with Morning Glory Farms in 1986, for more than 40 years and retired in 1993. In retirement, he volunteered for Meals on Wheels and could often be seen at Walmart grilling brats and hamburgers for the Knights of Columbus and cooking breakfast at Little Chute's Kermis festival. He also was an active member of the Heart of the Valley Senior Service Club and Holy Spirit Parish, Kimberly.

The funeral liturgy for LeRoy will be held at 12:00 p.m. on Monday, January 6, 2014 at HOLY SPIRIT/HOLY NAME CATHOLIC CHURCH, 600 East Kimberly Avenue, Kimberly. A visitation and prayer service will be held on Sunday, January 5, 2014 from 7:00 to 9:00 p.m. at Jansen-Fargo Funeral Home, and additional visitation at the church from 11:00 a.m. until the time of mass. Father Bob Kollath will officiate. Burial will take place at St. John's Catholic Cemetery, Little Chute.

LeRoy's family thanks all of their friends and family who helped during this difficult time, especially Betty's niece Marla Mischler. Deepest thanks as well to the doctors, nurses, and other staff of Appleton Medical Center who cared not only for LeRoy's needs but those of all his family. You have been a blessing to us all.