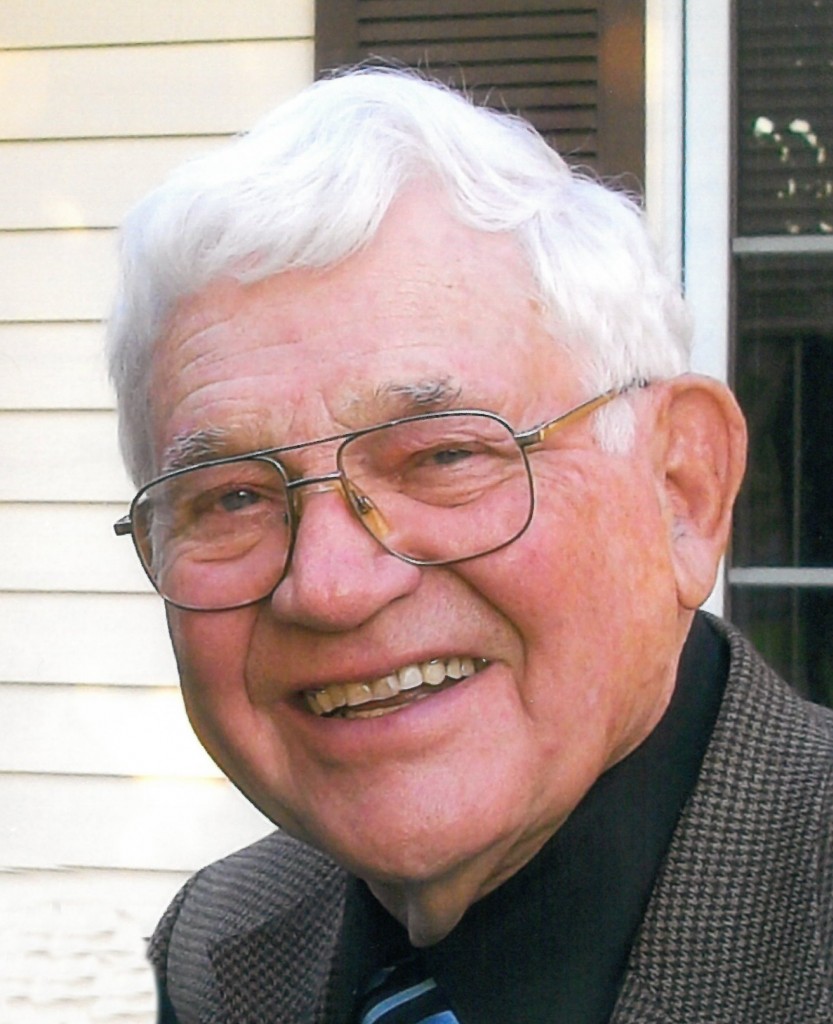 LeRoy was born June 9, 1926 to Lucille and LeRoy R Balza of Kaukauna. LeRoy was the second child of five. He attended one year of seminary at St Mynard, and then graduated from Kaukauna High School. He served in the Army Air Force in WWII shortly after graduation and recently had the honor of taking a trip to Washington, D.C. with the Honor Flight. That was an extremely exciting trip for him. He was a business man for several years in Kimberly, WI wherehe owned and operated the Kimberly Beverage Depot and also owned Roy’s Apparel. LeRoy was an original member of the Heart of the Valley Association.

LeRoy moved to Indianapolis to join his wife to be in 1968. They were married on September 20, 1969. At the time of their marriage LeRoy had two daughters, Barbara (Bill) Birkholz, Sherwood, Wi and Karen (Jack) Wildenberg, Vancouver, WA. He had a step-daughter Cindy (Kyle) Crawford, Colorado, and two step sons, Steve (Dawn) Surber and Mark (Anna) Surber all of Indianapolis.

He and Jo Ann were blessed with two more daughters shortly thereafter, Angie (David) Torok, Indianapolis, and Amy (Bob) Szilagyi, Holland, MI. We also have what we call our adopted son, a young man that came to our family during his high school years, John and wife, Jane, as an extention to our family.
LeRoy and his wife, JoAnn, started their own business in 1984. Continental Embroidery of Indy., Inc. It was an enjoyable business and our employees became part of our family. We sold the business in 1999 and decided to retire to Wisconsin. LeRoy and his wife were very out going and made friends easily. The decision to move to Wisconsin was one of the best decisions ever made.

Life in Wisconsin was truly some of the best years of our lives.

LeRoy is survived by his wife, Jo Ann, three daughters, one step daughter, 2 step sons, our extended family John and Jane, one brother, Richard (Jean) Balza of Kaukauna and a sister, Edee Vandeyacht of Kimberly. He is also survived by 14 grandchildren and 19 great-grandchildren.

Family members proceeding LeRoy in death are his daughter Amy who passed away just weeks before her father. So thankful she will be in heaven with him. Brandon Birkholz, grandson, sister Dorothy, Sister Norma, Lloyd Vandeyacht, and Al Krohn both brothers-in-law.

The funeral liturgy for LeRoy will be held on Friday, August 30, 2019 at 3:00 PM at HOLY SPIRIT CATHOLIC CHURCH DARBOY CAMPUS, 2806 County Rd KK. A time of visitation will be held on Friday from 1:00 PM until the time of the service at the church. Online condolences may be expressed at www.wichmannfargo.com.