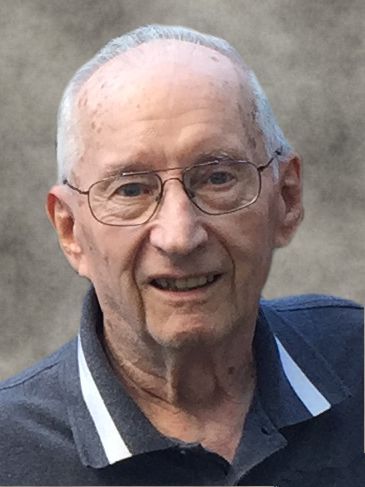 Leonard Kunstman, age 90 of Kimberly, passed away at St. Paul Home in Kaukauna on Monday morning, February 19, 2018. Len was born in Seymour on January 16, 1928, son of the late Henry and Laura (Snell) Kunstman. On July 2, 1949, he married Carol Meyer in Appleton. Len was a graduate of the Seymour High School where he was active in several sports, and served in the United States Navy until he was released due to ill health. He then began a career at Riverside Paper in Appleton which spanned forty-two years. Len loved sports, especially golf and bowling, and was a faithful fan of his grandchildren and great-grandchildren’s sporting events.

The funeral service for Leonard will be held at 6:00 PM on Thursday, February 22, 2018 at the Jansen Fargo Funeral Home, 204 E. Kimberly Avenue in Kimberly, with Rev. Ben Morris officiating. Private interment will take place at South Cicero Cemetery. Family and friends are invited to gather at the funeral home on Thursday from 4:00 PM until the time of the service.

The family would like to extend their sincere thanks to the wonderful caregiving angels at St. Paul Home for the care given to Len. Your kindness will always be remembered by our grateful family.