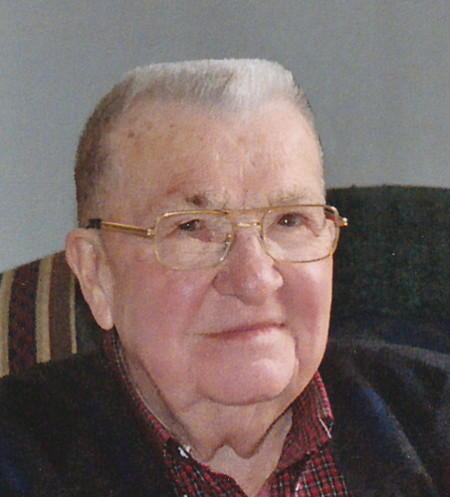 Leonard Geiger, 93, of Appleton, passed away on Friday, April 6, 2012 at St. Elizabeth Hospital. Leonard was born on February 23, 1919 to Charles and Mary Geiger in Clintonville. He married Melva Netzel on July 24, 1943. In his early years he worked as a machinist at the Manitowoc ship yards building submarines and then bought 2 farms in Bear Creek and Marion. He then started to work at Miller Electric until his retirement in 1983. Leonard was a very active person and had many hobbies, enjoying fishing, camping, woodworking, traveling and playing s heephead. He also enjoyed skiing and taught his granddaughters how to water ski. Leonard was a member of the Knights of Columbus and was a charter member of the Wisconsin camping Association, Fox Valley Chapter.

The family would like to thank the staff of Appleton Health Center especially Adam for everything they have done. A memorial is being established in Leonard's name at Sacred Heart Catholic Church.
Wichmann Funeral Home