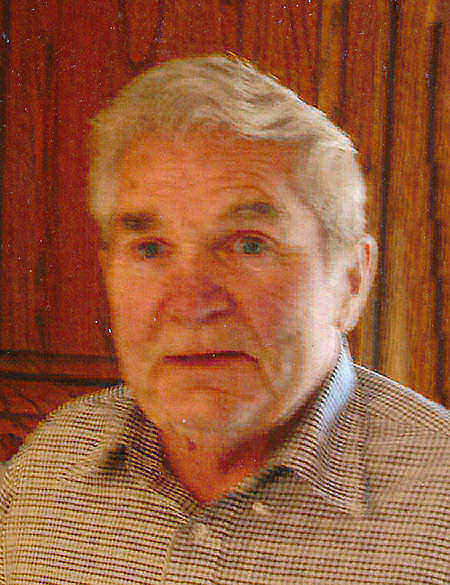 Leo O. Wilz, age 80, of Kaukauna, passed away at his home on Friday, October 21, 2011, with his family at his side. He was born on November 4, 1930, in Appleton, to the late Nap “Leo” and Marie (Kuehnl) Wilz. Leo married Joyce Mahn in 1955 and was a member of Bethany Lutheran Church in Kaukauna since that time. He proudly served his country as a truck driver in the U. S. Army during the Korean War, also serving in Germany and Japan. He later became a truck driver at Thilmany's Mill were he worked for 37 years. He was a longtime member of Kaukauna Electric City VFW Post 3319. He enjoyed trips to the Casino with his friend Bill. Leo loved the 4th of July, lighting fireworks with the grandkids and family. He was a friend to everyone he met and would give rides to people who couldn't drive. Leo loved animals, especially Dawson. Survivors include his wife of 56 years, Joyce; his children, Cindy (Dave) Niesen, Kaukauna; Barbara (Tim) Siebers, Kaukauna; David (Diana) Wilz, Kimberly; and Leo (Beth) Wilz, Iowa; his grandchildren, Lindsey and Eric Niesen; Heather (John) Sexton Nabbefeld, Hollie (John) Hammen, Wesley (Ashley) Siebers and Maria Siebers, Justin Wilz, and Nick and Haakon Wilz; his great grandchildren, Chase Niesen, Hunter, Bianca, Titus, Judah, Moses and Haddie Cakes Hammen—and two more great grandchildren on the way! He is further survived by his brothers and sisters, Jim (Ellie) Wilz, Appleton; Russell Wilz, Lenoir, North Carolina; Patti (Carl) Schoettler, Shiocton; Vicki (Larry) Gorges, Greenville; and Marie (Len) Chilicki, Waukesha. He is further survived by his in-laws, Don (Mary) Mahn, Kaukauna, and Phyllis Bovee, Kaukauna, and Sister Rosalie, OSST, Euclid, Ohio. Leo was preceded in death by his brothers, Robert (Dorothy) Wilz, and Tom (Ann) Wilz; and his nephews, Mark Wilz, Tom Schoettler, Bart Bovee and Steve Mahn, and his niece Debbie Mahn Stoneburner; his in-laws, Roy and Phoebe Mahn. Funeral services will be at 5:00 p.m. on Monday, October 24, 2011, at BETHANY LUTHERAN CHURCH, 124 W. Tenth Street, Kaukauna, with Rev. Levi Willms officiating. Friends may call directly at the church on Monday from 3:00 p.m. until the time of services. Military honors will be observed at the church following the funeral. Interment will be in Highland Memorial Park. Our family would like to thank all of the ThedaCare Hospice staff, they are all special to us and we want to thank Amanda who was like a part of our family. A memorial has been established in his name.
Fargo Funeral Home
400 W. Wisconsin Avenue
Kaukauna, WI 54130 920-766-6200
Online Condolences
www.wichmannfargo.com

Leo knew Jesus and heard his voice. He has now brought him safely home just as He promised him.