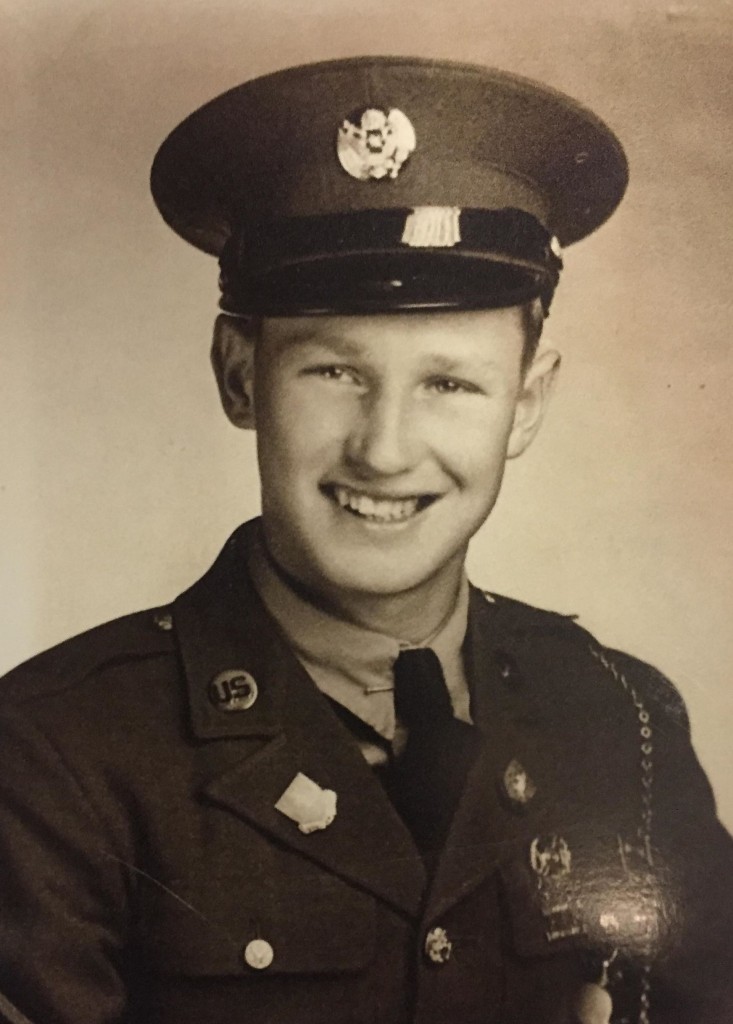 Sergeant Leo H. Vandenberg entered service with the U.S. Army on May 21, 1942, and was overseas 17 months, 14 of which were in combat. He was a member of the 85th division and served as a gun section chief. He wears the Good Conduct Medal, the Combat Infantryman Badge, the Bronze Star Medal and three stars for battle participation. He later received the Purple Heart. He belonged to the American Legion of Crivitz, Veterans of Foreign Wars of Kaukauna, and the Disabled American Veterans of Appleton. After the war, he was self-employed at Vandenberg Electric.

Leo enjoyed hunting, gardening, and traveling. Above all he was devoted to his family. He was a very proud husband, father, grandfather, and great grandfather.

In 1992, Dad and Merry Jo Bersch became inseparable. They had many wonderful years together.

In addition to his parents and wife; Leo was further preceded in death by his sons: Jerry and Vernon Vandenberg; a granddaughter: Amy Marie (Vandenberg) Merckx; a daughter-in-law: Amy Sue (Van Ooyen) Vandenberg; and many siblings and in-laws.

Memorial services will be held at 6:00 pm, on Thursday, June 27, 2019, at the Jansen Fargo Funeral Home, 204 E. Kimberly Ave., Kimberly. Inurnment will be in St. Paul Cemetery, Combined Locks. Visitation will be on Thursday at the funeral home from 4:00 pm, until the time of the service. In lieu of flowers, a memorial will be established.

Leo’s family would like to extend a heartfelt thank you to the wonderful angels of Eden Senior Care and Unity Hospice, of Green Bay; as well as the Veteran’s Association of Wisconsin for all the quick and respectful support to dad.