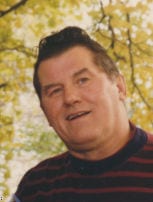 Leo Riehl was born on Sunday, May 28, 1939, in the town of Bovina, Wisconsin, the fourth child of Nolan and Rose (Cable) Riehl. Soon after, on July 23, 1939, he became a child of God through water and word, as he was baptized. Our Savior, Jesus, continued to nourish Leo’s faith and on June 14, 1953, he was confirmed at First Lutheran Church in Shiocton. Leo was united in Christian Marriage with Judith Schabo on June 10, 1961, at St. John Ev. Lutheran Church in the town of Center. Their marriage was blessed with three children.

Leo was not in good health for the last several years of his life. During these difficult times, the Lord continued to speak to Leo regularly through His Word, nourishing his faith. On Wednesday, February 12, 2020, our Savior, in His wisdom, called Leo home to enjoy the place Jesus had prepared for him with his perfect life and innocent death.

Leo’s Christian Memorial Service will be held at 11:00 AM on Thursday, February 20, 2020, at Faith Lutheran Church, located at 601 E. Glendale Avenue in Appleton. Rev. Daniel Thews will officiate. Family and friends are invited to gather at the church on Thursday morning from 9:00 AM until the hour of the service.