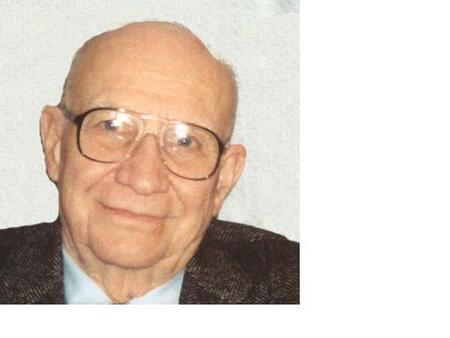 Lee Scherer, age 86, died Wednesday, October 4, 2006 at the Appleton Medical Center. Leland was born July 15, 1920, in Menominee, Michigan the son of the late Joseph and Blanche (Perion) Scherer. He graduated from Kaukauna High School in 1939. Lee served in Word War II as a member of the Army Infantry. He was stationed for the first two years in the North Pacific Aleutian Islands and the last three years in Europe with the 325th Glider Infantry of the 82nd Airborne Division. On September 6, 1952, he married Geraldine Faust at Holy Cross Catholic Church in Kaukauna. She preceded him in death in March of 2005. He retired from Thilmany Pulp and Paper in 1984 after forty-five years as an electrician. Lee was a member of the Elks Club #962, Knights of Columbus Council #1033, and Holy Cross Catholic Church. Lee was also a former member of Appleton Duplicate Contract Bridge Club.

Leland is survived by his daughter: Mary Lee (John) Friedli of Thiensville; a granddaughter: Margot Friedli; a brother: Joseph Scherer of Arlington, Texas; two brothers-in-law: Louis (Mary) Faust of Kaukauna and Joseph (Carol) Faust of Green Valley, Arizona; two sisters-in-law: Louise Faust of Kaukauna and Margaret Belson of Betheseda, Maryland. He is further survived by nieces, nephews, other relatives and friends. Lee was preceded in death by his father and step-mother Joseph and Mary Scherer, his wife Geraldine Scherer, sisters-in-law Lucille (Richard) Polo and Germaine (Elmer) Adrians, and a brother-in-law William Belson.

The funeral liturgy for Lee will be held at 11:00 AM on Monday, October 9, 2006 at HOLY CROSS CATHOLIC CHURCH, 309 Desnoyer Street in Kaukauna with Fr. Jack Mullarkey officiating. Interment will follow in the parish cemetery. Friends may call directly at the church on Monday from 9:00 AM until the hour of the service.