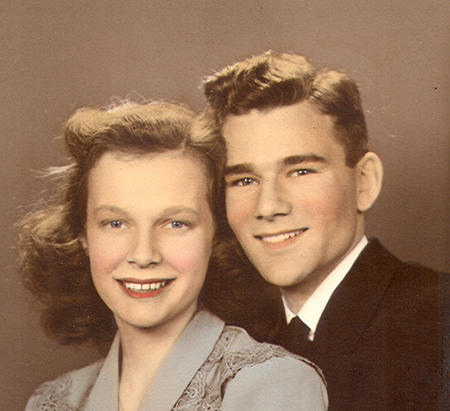 Lee was born June 11, 1924, in Gary, Indiana, the daughter of Weldon and Clara (Klein) Stafford. She grew up in the Gary area, and attended St. Mary College in South Bend.
In February of 1944 she was united in marriage to Charles E. “Bud” Seghers and they made Appleton their home in 1957. Lee was a group home parent, and was involved with Agape and Casa Claire in Appleton. She was a member of the Christ Child Society in aiding people with mental and cognitive challenges. The Seghers were parishioners at St. Joseph Catholic Church, where they were both volunteers. They enjoyed traveling to Door County and boating, and Lee was an avid reader.

The funeral mass for Leila will be celebrated at 10:30 a.m. Tuesday, April 22, 2008, at ST. JOSEPH CATHOLIC CHURCH, 410 West Lawrence Street, with Father David Belongea, OFM Cap. as celebrant. Visitation will be today from 4:00 p.m. until 8:00 p.m. at the funeral home, and again from 9:30 a.m. Tuesday until the time of mass at the church.
In lieu of flowers, memorials in Lee's name may be directed to the Appleton Knights of Columbus' Tootsie Roll Drive, c/o 410 West Lawrence St., Appleton, 54911.

The family is very grateful to Brewster Village for their excellent care given to Lee these past few years.