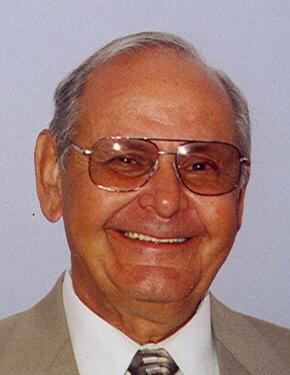 Lee Hallberg, of Appleton, died at his home with his family by his side on January 6, 2006 at the age of 64. He was born January 2, 1942 in Valparaiso, Indiana to the late Peter and Edna (Irwin) Hallberg. Lee married Norene Roehl on September 8, 1962 in Sheboygan. He graduated from Boone Grove High School, Indiana and Lakeland College in Sheboygan. Lee taught in the Appleton Public School System retiring in 2001. His strong desire for teaching kept him active by substitute teaching in the Fox Valley area. Lee was involved in Appleton Recreation Youth Programs, Driver‚Äôs Education and coaching baseball with Appleton East and Babe Ruth. He enjoyed golfing, downhill skiing, spending time with his golden retrievers, walking and was proud of participating in the first seven Fox City Marathons. Lee was a member of Calvary Bible Church and taught Sunday School. He will always be remembered for his sense of humor that will be missed by all who knew him.

Lee is survived by his wife, Norene Hallberg of Appleton; two sons: Kevin (Jackie) Hallberg of Waterford and Kurt (Cindy) Hallberg of Stockbridge; daughter: Kristi Hallberg of Appleton; 3 grandchildren: Amanda, Alex and Kiara Hallberg; sister: Roberta Buibish of Valparaiso, IN; brothers-in-law: Ronald Roehl of Appleton and Herb Henning of Sheboygan. He is further survived by nieces, nephews, other relatives and friends. Lee was preceded in death by his half-brothers Karl and Charles, half-sisters: Louise, Stella, Alice, Hazel and Gladys, sister-in-law Kathleen Henning and brother-in-law Ted Buibish.

The funeral service for Lee will be held at 11:00 am on Tuesday, January 10, 2006 at CALVARY BIBLE CHURCH, 1450 Oakridge Rd., Neenah with Pastor Harry Shields officiating. Entombment will take place at Highland Memorial Park. Friends may call at the Wichmann Funeral Home ‚Äì Tri-County Chapel on Monday, January 9, 2006 from 4:00 ‚Äì 8:00 pm with a Prayer Service at 8:00 pm. Visitation will also be held on Tuesday at the Church from 10:00 am until the time of service. In lieu of flowers, a memorial fund has been established in his name.

The family would like to thank ThedaCare at Home Hospice for their excellent care and compassion.