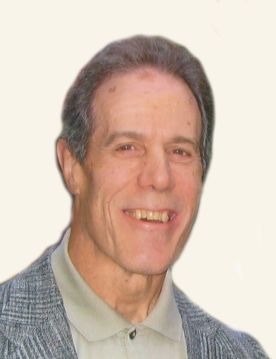 Leon David Birkholz passed away with his family by his side on December 6, 2013 at Appleton Medical Center. He was born on February 23, 1947 in Appleton to Vernon and Doris (Bartlein) Birkholz, the oldest of thirteen children. Lee married Paula M. Thiel on May 15, 1970 in Sherwood, Wisconsin. They spent 43 years together in Appleton raising three sons.

Lee graduated from Appleton High School in 1965 and worked at Appleton Papers (Appvion) for 40 years as a truck driver. Over the years, he was a member of Sacred Heart and St. Bernadette Parishes. Lee was a reflective and private person preferring to remember the good in people. As a 43 year active member of the YMCA, he demonstrated a healthy lifestyle. His interest in sports began when he was on the first Appleton Little League team. He played on various baseball and basketball teams until he started following his sons' and grandchildren's sporting events and activities. His running and biking days turned into hiking and meditation time at various parks. Lee was an avid reader of historical non-fiction and enjoyed a good game of chess. His strength of spirit and focus on family was unwavering.

Memorial Mass will be held Friday December 13, 2013 at 11:00 AM at St. Bernadette Catholic Church, 2331 East Lourdes Drive, Appleton with Fr. Donald Zuleger officiating. Visitation will be on Friday from 9:30 am to 11:00 am at church. Wichmann Funeral Home is assisting the family with arrangements. Online condolences may be expressed at www.wichmannfargo.com.

Lee's family would like to thank the Martha Seikman Cancer Center, AMC, and Theda Care at Home Hospice for giving us three more years together.