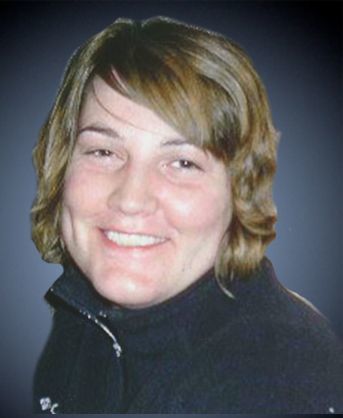 Leanne Smith, age 33 of Milwaukee, passed away unexpectedly at her home on Thursday, December 15, 2016. Leanne was born in Clintonville on June 25, 1983, daughter of Allen Smith and Jean (Gruenstern) Smith. She was a graduate of the Kimberly High School, and later in life received her Paramedic Degree from Fox Valley Technical College. She was the first of her family to graduate from college. Leanne was currently employed by Curtis Ambulance service in Milwaukee.

Leanne was a loyal and hardworking woman who very much loved the opportunity to care for others through her work as a paramedic. She held strongly to her faith, to her family, and to efforts to prevent deaths by suicide. She enjoyed spending time in the outdoors biking, camping, fishing, hunting, and taking in all of God's creation. She was an avid fan of the Brewers and the Packers, occasionally went on a Netflix binge, listened to gangsta rap music, and those who knew her well, know that every now and then she was capable of some “expressive language.”

Leanne is survived by her mother: Jean Brandt (Dan Pleshek) of Greenleaf; her father: Al Smith (Joan Gipp) of Kaukauna; four sisters and a brother: Lori Bresnahan of Columbia, Missouri; Lisa Smith of Neenah; Leslie (Matthew) Abate of Byron, Illinois; Allen Smith (Ace Bani) of Seattle; and Linda (Michael) Berge of Appleton. She very much loved and enjoyed the company of her nieces and nephews: Alex, Eric, Claire, Brandon, Alison, Keely, Gavin, Ethan, and Ezekiel; her grandmother: Marion Gruenstern of Appleton; a step-brother: Bill (Michelle) Brandt of Kaukauna; a step-sister: Lisa (Rick) Lee of Greenleaf; and her furry friend: Brutus.

She was preceded in death by her grandparents: Reinhold Gruenstern and Herbert and Alice Smith, and her step-father: Richard Brandt.

A memorial service for Leanne will be held at 6:00 PM on Thursday, December 22, 2016 at the Wichmann Funeral Home, 537 N. Superior Street in Appleton, with Pastor John Slotten and Pastor Jenny Heckman officiating. Family and friends are invited to gather at the funeral home on Thursday afternoon from 4:00 PM until the time of the service. In lieu of flowers, please make a contribution to your local animal shelter.