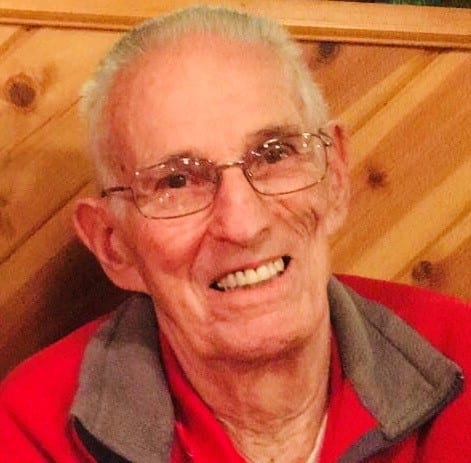 Lawrence “Larry” Tuttle, 89, Menasha, left this world for the gates of heaven on Tuesday, April 28, 2020. Larry was born on May 26, 1930, to Arthur and Bernice (Johnson) Tuttle in Big Bend, Wisconsin. Larry graduated from UW-Madison in 1953, later earning a Master’s degree in Educational Administration. He played baseball for UW-Madison as a pitcher for 4 years. He was an avid Badgers and Packers fan for life. Larry taught at Princeton, WI one year before entering the US Army in 1954. After serving in the military, he taught in Edgerton, WI before becoming the Principal and later the Executive Director of the Norris Adolescent Center. He married Sharon (Engler) on December 26, 1953, in Appleton, at the First Congregational United Church of Christ. He was a member of the Kiwanis Golden K for most of his retirement years. Larry enjoyed photography, woodcarving, golfing and all things nature as well as spending time with his family. He will be dearly missed.

Larry was preceded in death by his parents and his son Robert.

Memorials in Larry’s name may be directed to Community Clothes Closet, 1465 Opportunity Way, Menasha, WI.  The family wishes to extend a very special thank you to the Theda Care at Home Hospice staff for their wonderful and compassionate care at the end of his life.