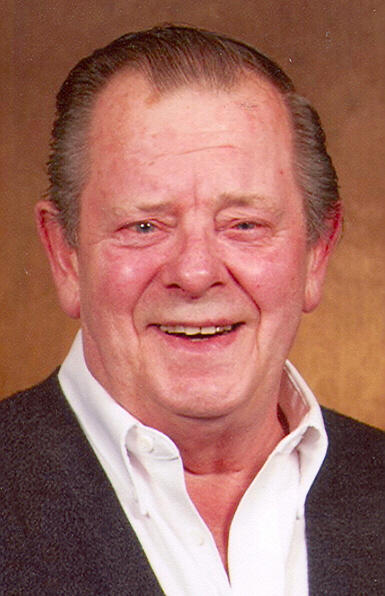 Lawrence Plach, 78, of Appleton, passed away peacefully on Monday, May 31, 2010 with his family at his side following complications from Alzheimer's at Brewster Village. He was born on August 14, 1931 in Appleton, the son of the late John and Rose (VanGompel) Plach. Butch married Roberta Weyenberg on February 3, 1951 at St. Therese Catholic Church, she preceded him in death on March 31, 1987. On April 28, 1988, Butch married the former Betty (Kumrow) Getsfried at St. Thomas More Catholic Church. He was the proud owner of Butch's Auto Body. Butch was the founder and past president of Fox Valley Auto Body Association. He enjoyed the time up north with family and friends. Butch loved his home and was always there to give a helping hand.

The funeral liturgy for Butch will be held at 11:00 am on Thursday, June 3, 2010 at ST. THOMAS MORE CATHOLIC CHURCH, 1810 N. McDonald Street, Appleton. Fr. Gerald Falk, Fr. Dave Belongea and Fr. Charles Brooks will be officiating. A visitation will be held TODAY at the Wichmann Funeral Home from 4:00 pm until 8:00 pm and again at the church on Thursday from 9:30 am until the time of mass. The prayer service will be held on Wednesday at 7:00 pm. In lieu of flowers, memorials to Brewster Village are appreciated.

The family would like to thank Fr. Falk for his devoted dedication to Butch. Also, the excellent caring staff at Brewster Village for their loving care and concern, and for allowing the window to be open for the angels to come in.

You will always be in our hearts.
We Love You!