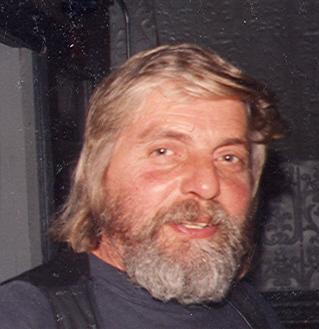 Lawrence Frank Geiger passed away at home on Wednesday, August 1st, 2007. He was 61 years old.
He was born on August 6, 1945 in Neenah, WI. He was the son of Frank and Doris Geiger. His father passed away in 1946 and Doris married Walter Whitcomb (deceased).
He graduated from Kimberly High School and then joined the US Navy.
He was a Radar Operator on the USS Cochrane and honorably discharged on Aug 15, 1967.
He worked for C.S. Auto Parts in Sherwood for about 13 years, until he then managed his own auto salvage yard; Brillion Auto Wrecking.
Larry was very well known in the automotive industry. He worked hard to find the right parts for customers. He enjoyed working on cars and was a talented mechanic. He was always willing to help anyone at any time.
He had always loved motorcycles, and has been riding his Harley Davidson for 20 years with his many club friends. Most recently, he was riding with the Hell‚Äôs Lovers.
Lawrence is survived by his mother; Doris Whitcomb, his fianc√©e; Lori Van Langhden, and his ex-wife; Barbara Geiger in addition to his 3 children; Renee Geiger, Benjamin Geiger and Nicole Geiger along with his grandchildren; Taylor Jahnke, Kelsey Geiger and Dane Geiger. He also has 5 siblings; Curtis Whitcomb, Gail Vander Velden, Regina Joosten (deceased), Karen Wettstein and Glenn Whitcomb.
He is loved so much and by so many people. He will be deeply missed.
Funeral services will be held at 2 P.M. on Sunday August 5, 2007, at Jansen Fargo Funeral Home – 204 E. Kimberly Ave., Kimberly, WI 54136. Visitation will begin at 11:00 A.M. until the time of services. In lieu of flowers, the family asks that you please contribute to a memorial fund, if you wish, that is being established in his name.