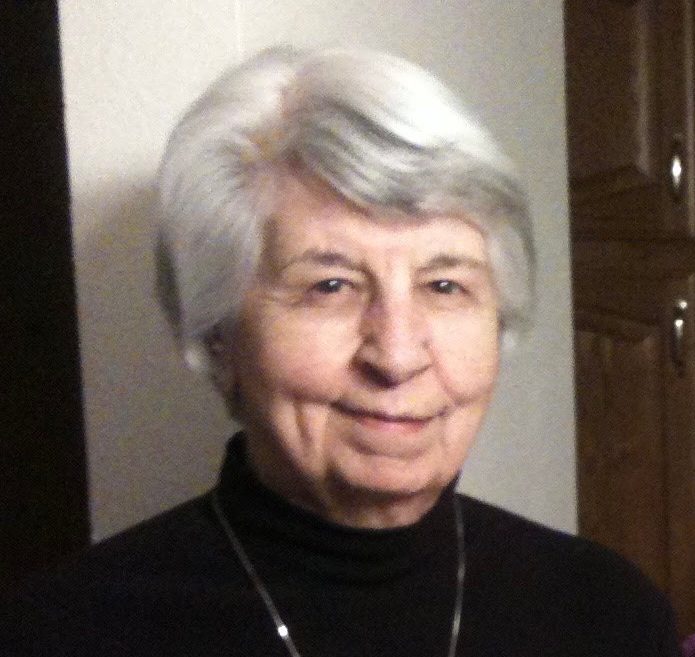 A memorial service is being planned for sometime in the summer when the extended family hopes to gather.

Lavila Corrine Kuether Reiss, born on April 13th, 1933, died January 14th, 2022 after a long difficult illness. She is pre-deceased by her husband of 59 years, Edward Reiss, her parents, John & Corrine Kuether, and her brother, John Kuether Jr. (Judith). Lavila is survived by her sister JoAnne Kuether Cochrane (Gordon); her two daughters, Deborah Skeldon (Glenn) and Rebekah Witter (Tom); her four grandchildren, Amanda Skeldon Anderson (Lindsay), Brad Skeldon (Rachel) Taylor Witter (Kirsten), Logan Witter (Megan); and seven great grandchildren, Liam and Libby Anderson, Kennan, Norah and Uriah Skeldon and Judah and Lilah Witter.
Lavila was born in 1933 and married Eddie in 1953. In 1960 she recognized Jesus Christ as her Savior from sin and this world. From then she slowly grew to be the person she was known for: a woman with a beautiful, patient spirit, a ready smile, much laughter and a powerful, lovely singing voice. Isaiah 40:31 was her favorite Bible verse. Lavila attended Neenah High school and grew up attending Calvary Bible Church in Neenah and in later years was a member of Appleton Community Evangelical Free Church.
As a child she spent most of her summers at the Neenah pool, where she was involved in water ballet. In later years she and Eddie enjoyed exercising in the pool at the Neenah “Y” where they sang with the “Y-Nots.” She also enjoyed knitting with the ladies there, and her daughters have wonderful memories of wearing the beautiful sweaters she knit them when they were children. Her various jobs in the Fox Valley consisted of wife, mother, grocery check-out, bowling alley attendant, waitress and Avon lady, all of which she was very good at. But the career she will best be remembered for is one she received no money for—shining light, laughter and music into the lives of her family, friends and acquaintances. Her piano-playing and singing voice encouraged many at The Heritage where she lived for over 10 years. Her last days were spent longing to be united with Jesus and reunited with loved ones who have gone before. The family would like to thank the staff at The Heritage in Appleton for their compassionate care.
A memorial service is being planned for sometime in the summer when the extended family hopes to gather.

A memorial service is being planned for sometime in the summer when the extended family hopes to gather.