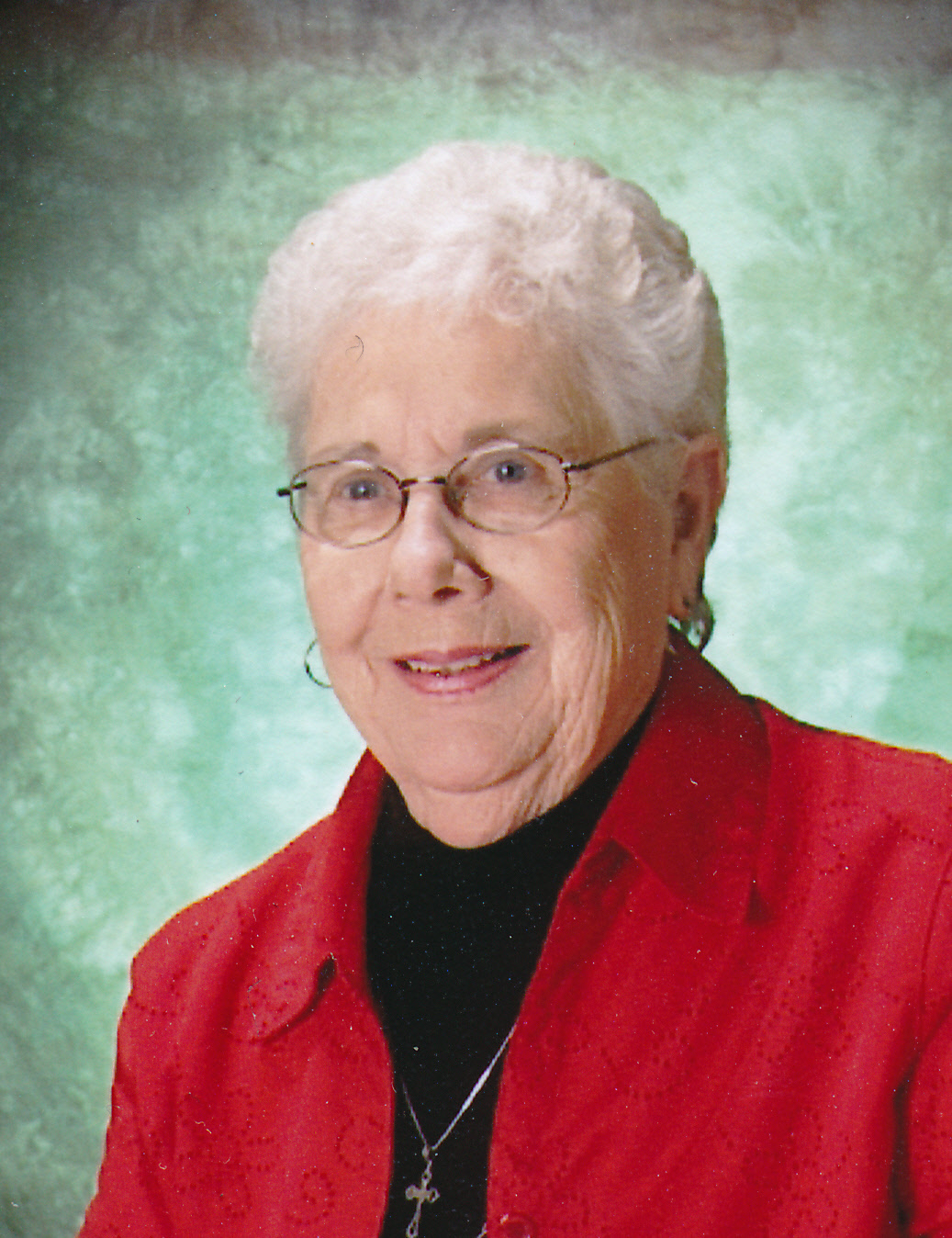 LaVerne was a lifelong resident of Kaukauna and member of Holy Cross Parish. She was an active community volunteer and entrepreneur, but her greatest pride was her family. She dearly loved her children and grandchildren.

LaVerne was the oldest daughter in a family of fourteen children. She was very proud to complete high school even though she had many responsibilities helping out at home with her siblings. LaVerne was a very proud Kaukauna High School graduate and in 2013 was awarded the Distinguished Alumni Award at the annual alumni rally.

LaVerne was active in her community, serving on the town board in the Town of Vandenbroek for many years. She was an active member of Holy Cross Parish in Kaukauna, volunteering in numerous ways over the years. In the 1970's, LaVerne led a guitar group at Holy Cross called the Friendship Singers. She became involved in community theatre by sewing costumes for her granddaughters who performed in local productions. Soon LaVerne was costuming shows for Kaukauna High School, Kaukauna Community Players, and KCSS' Bravo. She was inducted into the KHS/KCP Hall of Fame in recognition of her efforts. LaVerne knitted hundreds of pairs of “grandma mittens” which she gave to family and to many community organizations.

A true entrepreneur, LaVerne started several tax preparation businesses. Along with Doug Bennett, LaVerne founded the National Association of Tax Professionals (NATP), an organization that still thrives today. She taught tax seminars to tax preparers in all 50 states and London, England. She was a proud Enrolled Agent and served on national IRS committees in Washington D.C.

Family was everything to LaVerne. We are blessed to have been guided by her example. She taught us to work hard, appreciate education, and love fiercely. LaVerne is survived by her children, grandchildren, and great-grandchildren: Conrad, Jr. and Linda Forster of Mukwonago, WI and their children Brett and Kelly Forster (Ethan, Brandon, and Lucas), Craig and Laura Forster (Drew, Jacob, Nolan and baby due in June), and Kyle and Kristen Forster; Rick and Kim Forster of Long Lake, WI; Allison and Tom Mischler and their children Kacie and Kevin Bass and Logan Mischler; and John and Carrie Forster and their children Jessica (fiancé Rusty Bower) Forster and Alex Forster.

She was preceded in death by her husband, Conrad Forster, Sr. in 2002; her infant brother, Donny; her sister, Ione Burton; sisters-in law Maureen DeBroux and Audrey DeBroux; and brothers-in-law Francis Burton and Bob Fink.

We will celebrate LaVerne's life with a visitation on Tuesday, April 21, 2015 from 4:00 to 6:30 p.m. at the FARGO FUNERAL HOME, 400 W. Wisconsin Avenue, Kaukauna, followed by a prayer service at 6:30 at the funeral home. The Mass of Christian Burial will take place at 11:00 a.m. on Wednesday, April 22, 2015, at HOLY CROSS CATHOLIC CHURCH, 309 Desnoyer Street, Kaukauna, with Fr. Tom Pomeroy officiating. An additional time of visitation will be held at the church from 10:00 a.m. until the time of the funeral mass. The family would like to invite any former members of the Friendship Singers Guitar Group to join us in singing a special song for LaVerne at the funeral on Wednesday. Online condolences may be offered at www.wichmannfargo.com.

We would like to thank LaVerne's best friend of almost 50 years, Grace Zurovitch, her brother, Mel and sister, Sherry for their devotion to LaVerne, especially in these last, difficult years. Thank you also to the staff at St. Paul Home in Kaukauna for the care and comfort you provided to LaVerne the last year and a half.