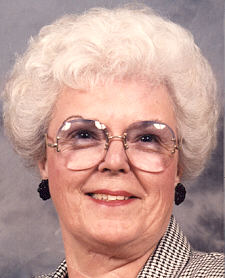 Age 76, passed away suddenly, Friday evening, June 4, 2004, at her home, Kindredhearts. She was born January 16, 1928 to the late Bernard and Matilda (Romenesko) Hietpas, in Little Chute and had been an area resident for 48 years, before moving to Florida. LaVerne moved back to Kaukauna in 1995. LaVerne enjoyed fishing, bowling, golf and playing cards. She was a member of Holy Cross Catholic Church. She is survived by her husband, Clifford L. Weyers; three children and their spouses, Dawn and Dwayne Ausley, Bushnell, FL; Brian and Shannon, Schumann, Fruitland Park, FL; Dena and Randy, Carlton, Mascot, VA; eight step-children, Barbara, Ken, Keith, Betty, Ann, Jan, Karl and Karen; numerous grandchildren and a great granddaughter, Shannon. LaVerne is further survived by a brother and sister-in-law, Marvin and Eleanor Hietpas, Kaukauna; two sisters and a brother-in-law, Mary Francis and Dan Bork, Appleton and Glady Jelence, FL. She was preceded in death by three brothers, Vince, Jerry and Don Hietpas. The funeral liturgy will be held at 11:00 am, Wednesday, June 9, 2004, at HOLY CROSS CATHOLIC CHURCH, 309 Desnoyer Street, with Father Jack Mullarkey officiating. Friends may call at the church on Wednesday from 9:30 am, until the time of the mass. In lieu of flowers a memorial fund is being established.

The family would like to thank the staff of Kindredheart and Jim and Diane Niesen for their loving care and support.