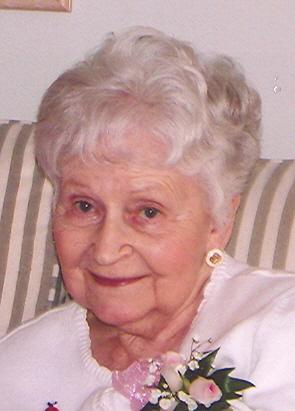 LaVern Ruth Schuh, age 91, passed away peacefully with her family by her side on October 19, 2009. She was born in the Town of Bovina on April 23, 1918, the daughter of the late Christian and Ruth (Helser) Puls. After her mother's passing when LaVern was 6 months old, she was lovingly raised by her late aunt and uncle, Andrew and Pauline Herman, who cared for her all her life. LaVern graduated from Shiocton High School and then married Sylvester Schuh in 1937. They were married for 46 years until Sylvester's death in 1983. LaVern worked for JC Penney's for many years until her retirement in 1988. LaVern was dedicated to her family and enjoyed the times they spent together.

LaVern's family would like to extend a sincere thank you to all the staff at Grand Horizons, where LaVern made her home for the last year and a half.

In lieu of flowers, a memorial fund has been established in LaVern's name.