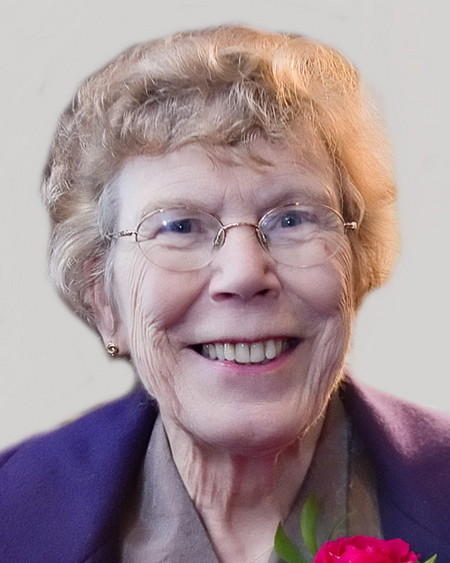 Lavern Pritzl Monyette died early Thursday morning, January 2, 2014 at a Milwaukee area care center. Lavern was born March 26, 1934, daughter of the late Robert and Elizabeth (Gresl) Pritzl. On May 10, 1957, she married Donald Monyette at Sacred Heart Church in Appleton; Don preceded her in death in the fall of 2010.

In her younger years, Lavern enjoyed sewing and knitting, and later grew to love to take walks and bake. For many years she worked as a secretary at a variety of businesses. Don and Lavern loved to travel, and visited many states including Hawaii and Alaska. They also visited Canada, Aruba, Japan, Australia, New Zealand, Ireland, Scotland, England, Netherlands, Belgium, Luxemburg, France, Italy, Germany, and Czechoslovakia.

As much as anything, she enjoyed the move she and Don made to their retirement home on the shores of Green Bay in 1999. There she loved to relax and spend time with loved ones and friends.

A memorial service for Lavern will be held at 10:30 AM on Friday, January 10, 2014 at ST. JOSEPH CATHOLIC CHURCH, 410 W. Lawrence Street in Appleton, Wisconsin (54911) with Fr. Jim Leary officiating. Lavern will join Don when she is buried on the Monyette plot at St. Joseph Cemetery in Appleton. Friends may call directly at the church on Friday morning from 9:00 AM until the time of the service. Online condolences may be offered at www.wichmannfargo.com. Memorial contributions may be directed to the Greater Wisconsin Chapter of the Alzheimer's Association.