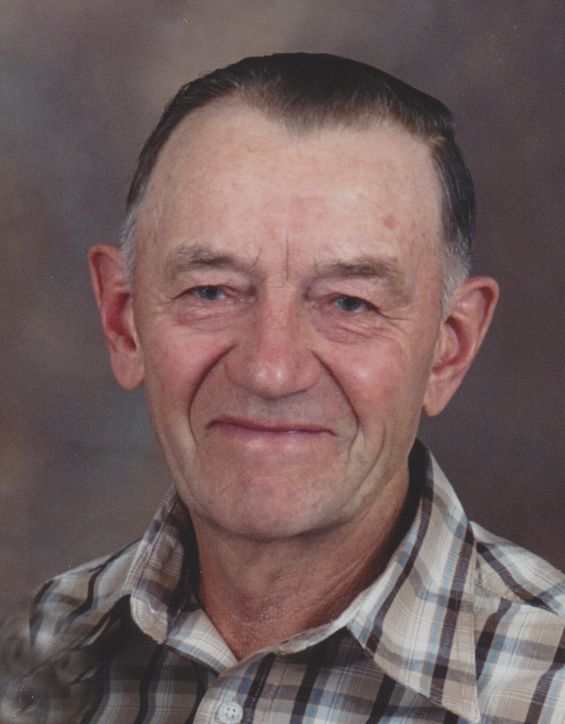 Larry L. Loos, age 82 of Ellington, passed away suddenly at his home on Sunday afternoon, December 4, 2016. Larry was born in Hortonia on June 4, 1934, son of the late Orville and Zeda (Dobberstein) Loos. He grew up on the family farm in Ellington and attended elementary school at Grandview Grade School; he was also a 1952 graduate of the Hortonville High School. On October 20, 1956, he was joined in marriage to Joyce Riesenweber at Zion Ev. United Brethren Church in Greenville. The Lord blessed this union with two sons and two daughters.

Larry and Joyce farmed on the Loos family farm with Larry's parents until his father was called home to heaven in the late 1950's. At that time, they took over the farming operation themselves. After being drafed into military service, Larry also served in the United States Army during 1957 and 1958.
Farming was not only Larry's occupation, it was one of his hobbies and passions. He enjoyed seeing how the Lord blessed the various aspects of farming and graciously provided countless blessings year after year. He cherished the time he was able to spend with his children and grandchildren, and he sought to provide a strong example of Christian love and ongoing concern for the spiritual welfare of his fellowmen.

Larry was a faithful and lifelong member of Trinity Lutheran Church in Ellington where he served his Lord on the church council as an elder and financial secretary, as well as various other capacities throughout his life.

The Lord called him out of this life and into eternal life this past Sunday at the age of 82 years and 6 months.

The Christian Funeral service for Larry will be held at 11:00 AM on Friday, December 9, 2016 at Trinity Ev. Lutheran Church, W6399 County Road O in Ellington, with Rev. Ronald Ash officiating. Family and friends are invited to gather at the Wichmann Funeral Home, Tri County Chapel (1592 Oneida Street in Menasha) on Thursday from 5:00 PM until 8:00 PM, and again at the church on Friday morning from 9:00 AM until 10:45 AM. Burial will follow in the church cemetery.

The LORD gave, and the LORD hath taken away; blessed be the name of the LORD. Job 1:21