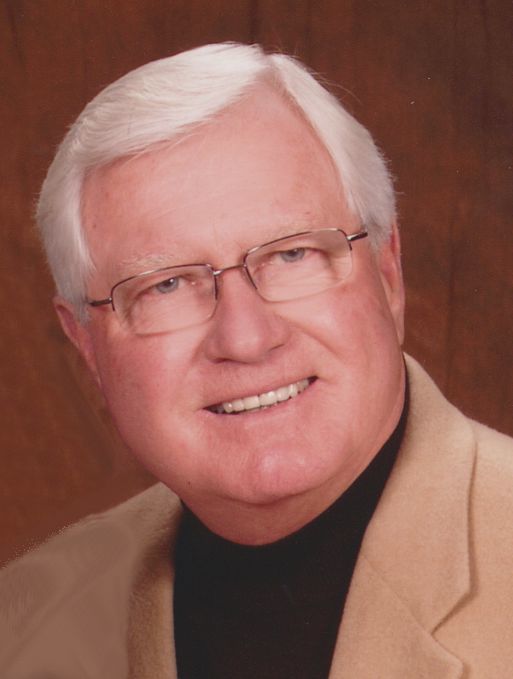 Larry L. Kath, age 76, of Appleton, passed away at Grand Horizons Assisted Living in Appleton, Wisconsin, on Sunday, April 23, 2017. He was born on July 25, 1940, in Wisconsin Rapids, Wisconsin, to the late Herman and Fern (Russ) Kath. Larry married Sandra Gruening on April 20, 1963, in Wausau, Wisconsin. An avid sportsman, Larry was a star point guard on his high school basketball team and a standout third baseman. As an adult he enjoyed golf and was a devoted Packers, Brewers and Badgers fan. For the past 20 years, Larry and Sandy have wintered in Arizona. Larry's business career spanned over 25 years at AAL and he retired as Vice President of Corporate Relations. Larry was also a founder of The Community Foundation and served as CEO for over 12 years. Most importantly, Larry was a loving husband, father, grandfather and great grandfather. He was a man of faith and endeavored to share his faith with his family and friends.

Survivors include his wife of 54 years, Sandy; his twin daughters, Dana (Mike) Besaw, and Deidre (Bill) Parker; his son, Darin (Tia) Kath; his grandchildren, Bryce, Amanda, Austin, Abby, Lauren, Hannah, Zachary, Taylor and Claire; his great granddaughter, Olivia; his sisters, Darlene Nardi and Charlene (William) Loppnow; and his sister-in-law, Sandra Kath-Lanterman. He was preceded in death by his brothers, Merwyn Kath and Allan Kath, and his brother-in-law, Alan Nardi.

The Christian Funeral for Larry will be at 11:00 a.m. on Thursday, April 27, 2017, at MOUNT OLIVE EV. LUTHERAN CHURCH, 930 E. Florida Avenue, Appleton, with Pastor Robert Raasch officiating. Friends may call at the Wichmann Funeral Home, 537 N. Superior Street, Appleton, on Wednesday from 4:00 p.m. to 7:00 p.m. and again at the church on Thursday from 10:00 a.m. until the time of services. Entombment will be at Highland Memorial Park. A memorial has been established in Larry's name to benefit Mount Olive Ev. Lutheran Church and the Sandra and Larry Kath Future Fund of the Community Foundation for the Fox Valley Region. The family would like to extend a sincere thank you to the staffs at Rennes Health Care Center, Theda Care Medical Center-Appleton, Grand Horizons, and ThedaCare at Home Hospice, for their loving care. Online condolences may be offered at www.wichmannfargo.com