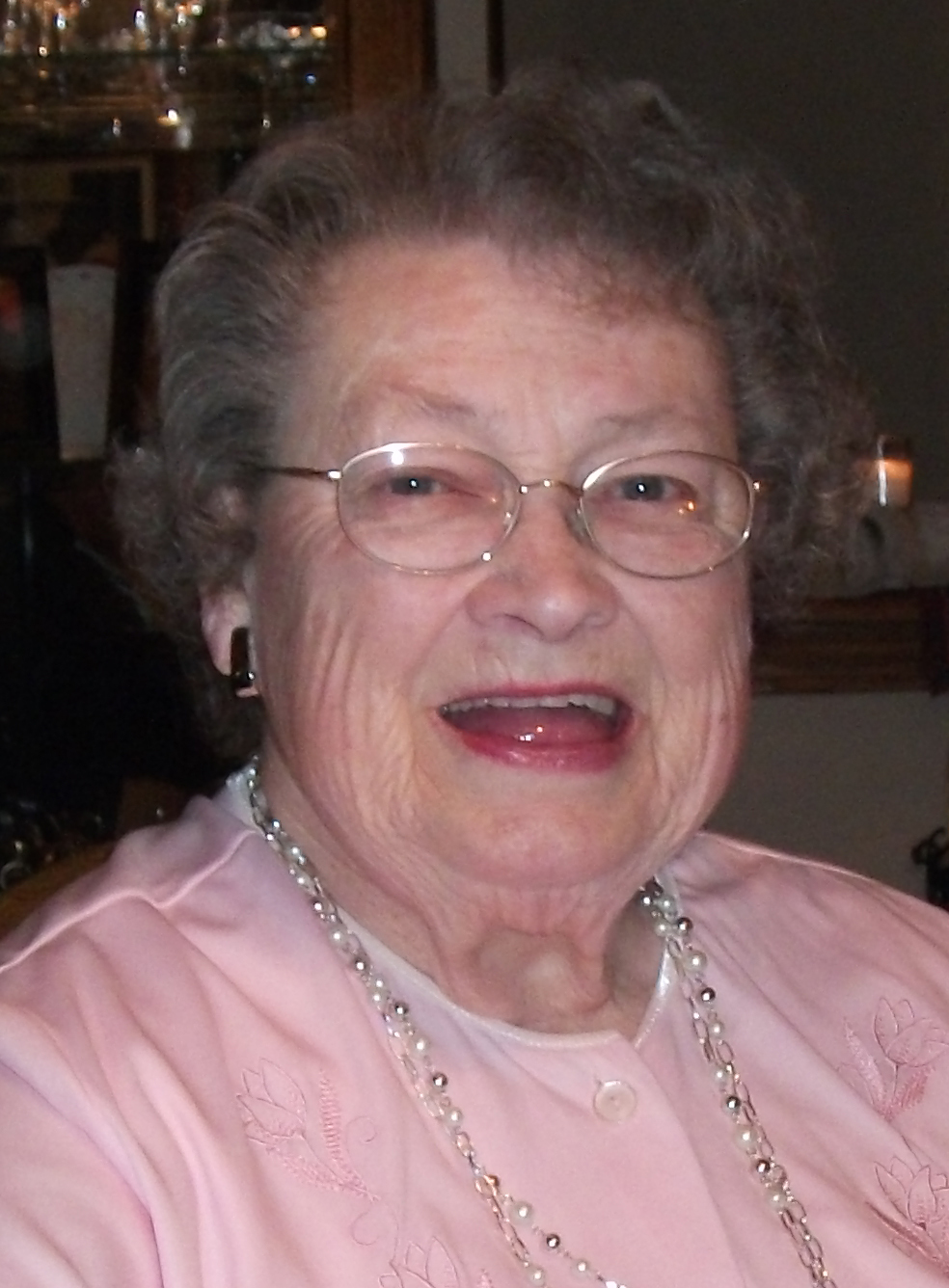 La Vila L. “Snookie” Gaffney, 88, passed away on Thursday, December 25, 2014. Snookie was born on May 21, 1926 to William R. and Gertrude L. (Horn) Cotter in Appleton. As an infant, La Vila's parents and other relatives began calling her “Snookums”. The nickname stuck, and so she went through her entire life being known as “Snookie”, which fit her fun-loving personality perfectly.

After graduating from Appleton High School, Snookie worked at the Appleton Wire Works and at the Tuttle Press until her marriage to Cletus T. “Fish” Gaffney on January 14, 1950. At the time, Cletus was a career military man, and together they lived in Rantoul, Illinois, and Webster, Massachusetts. Upon Fish's discharge, they returned to the Fox Valley, and lived the remainder of their lives in Kimberly. For many years, they owned and operated Gaffney's Red Carpet Tavern in Kimberly.

Like most of her generational peers, Snookie was a stay at home Mom, providing for her six children by spending countless hours cooking, sewing, doing laundry, ironing, and performing many other related chores for her family. She was a tireless worker who never complained about the daily routine of family-related chores at the sacrifice of her own personal pleasure.

However, that was not the limit to Snookie's personality. She enjoyed having fun with friends, be it attending parties, extended family get-togethers, or just going out for a meal and a couple of drinks. She always had a smile on her face, and enjoyed being with other people.

The funeral liturgy will be held on Tuesday, December 30, 2014 at 11:00 AM at Holy Spirit Catholic Church, 620 E. Kimberly Avenue in Kimberly. Friends may call at the Jansen Fargo Funeral Home in Kimberly on Monday from 4:00 until 8:00 PM and again Tuesday morning at the church from 9:00 AM until the time of the service at the church. Online condolences may be expressed at www.wichmannfargo.com.

In lieu of flowers a memorial fund is being established. The family would like to extend their sincere thanks to Kimberly Assisted Living, Hospice, and Family Care for all of their care and help during this difficult time.