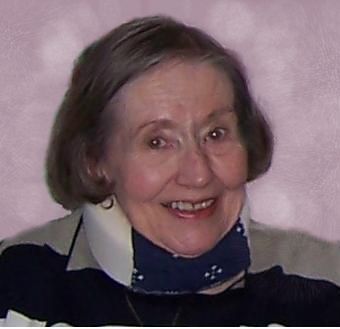 Blythe loved reading, fashion, drawing, skating, dancing, and painting. After retiring, Blythe and Gene moved to Arkansas and then Wisconsin. They were members of Trinity Lutheran Church in Menasha.

Blythe is survived by her two daughters: Sheila (Richard) Erck of Greenville, Wisconsin, and Cynthia Lynn of Ft. Wayne, Indiana; five grandchildren, nine great-grandchildren, and two great-great-grandchildren as well as many nieces and nephews and a sister-in-law, Norma Snodgrass of Omaha, Nebraska. Blythe was preceded in death by her husband Gene, her sister Dorlea Howard; brothers: Lee, Wynn, Clair, and Richard “Dick” Snodgrass.

Blythe's family wishes to extend a special thank you to staff of Kindred Hearts for their loving care, as well as Heartland Hospice, and friends Christine and Janice.