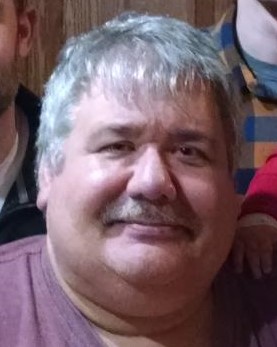 Kurt L. Podjaski passed away early Saturday morning August 1, 2020 (age 57) at Peabody Manor from complications of his diabetes. Kurt was born July 23, 1963 to Raymond and LaVerne Podjaski. He was a graduate of Menasha high school. He was a truck driver for many years and drove semi until his health kept him off the roads. Everyone that knew Kurt loved him so much. He was the kindest and most compassionate person in this whole world.  He had a good sense of humor and could make anyone laugh with his jokes. Heaven is surely getting a good one. He will truly be missed by his family and friends as they played an important part in his life.

Special thanks to all the medical staff he’s had throughout his lifetime, Peabody Manor for the expert care he received in the last 2 years and special thank you to Oshkosh fire department for all the help they provided in his last month. Kurt was always appreciative and respected their dedication to helping others. Thank you to all law enforcement for their commitment and task of notifying family members of a loved ones passing and everything else they do to help save lives.

There will be no funeral at this time and a private ceremony will be held at a later date. Please keep Kurt in your prayers and know that you now have another angel looking over you and smiling. We love you buddy!!