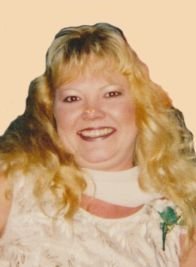 Kristina Vermeern, age 41, of Appleton, passed away with her family by her side on Friday, November 22, 2013, at Theda Clark Medical Center in Neenah. She was born on July 17, 1972, in Neenah, the daughter of the late John and Sandra (Jones) Zenisek. On August 15, 1996 in Estes Park, Colorado, she married the love of her life Richard Vermeern. Her greatest joy was spending time with Dick and her extended family. Tina looked forward to their time in Minocqua and enjoyed the outdoors which included fishing, hunting, boating, snowmobiling and four wheeling. She was a beautiful lady inside and out, and many will recall her excellent cooking and entertaining skills. Tina was an animal lover, especially her dogs.
Tina is survived by her loving husband, Dick Vermeern; son, Brandon Guckenberg; stepdaughters: Trisha (Lance) Hoffman and Brenda (Aaron) Koats; stepson, Matthew Vermeern; grandchildren: Cohen and Greyson Lee; Grant and Gavin Trygstad and Ava Hoffman; Kaylee and Paige Vermeern; brother, Edward Zenisek; and mother-in-law, Margaret Vermeern. She is further survived by nieces, nephews, other relatives and friends. Tina was preceded in death by her stepson, Mark Vermeern.
The memorial service for Tina will be held at 6:00 pm on Monday, November 25, 2013, at Wichmann Funeral Home downtown chapel. Fr. William Hoffman will be officiating. The family will receive relatives and friends from 4:30 pm until the time of service. Online condolences can be offered at www.wichmannfargo.com.