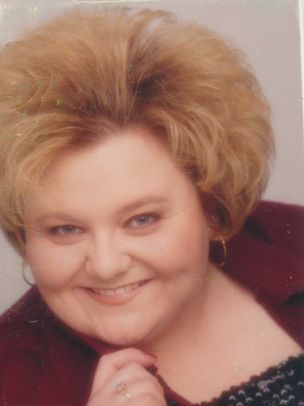 Kristen M. Funk, age 45, passed away unexpectedly at her home in Kaukauna, due to surgical complications. Kristen was born in Platteville on December 21, 1970, daughter of Terry Funk of Kimberly and the late Mary Gibbons. She was a 1989 graduate of the Neenah High School, and spent many years as a nanny for families in Washington, DC as well as New York, and Neenah. Kristen will be remembered for her work with N.A.M.I. and her love of children.

She is survived by her father: Terry Funk (Jean Cherney) of Kimberly; a brother: Brian (Bonnie) Funk and their children Madelyn and Gabrielle; a step-sister: Ann (Pete) Craney and their children Teala and Corey; a special aunt: JoAnne (Tom) Reedy; an uncle: Keith (Judy) Schnebel; several cousins: Kelly (Martin) Henz and their children Jakob and Luisa; Lesly Reedy and her daughter Bridgette; Peggy (Kevin) Shallue and their children Reed and Anna; and Amy (Dante) Campanelli. She also leaves behind many dear friends: Eike and Mark Capelle, Linda Rich and her family, Marilyn Mosher, Nancy Nesphor, Larry and Dawn Heckman, Rob and Kay Reis, Gloria, and all of her N.A.M.I. friends. She was preceded in death by her mother: Mary Gibbons Funk; her step-mother: Jean Klutz Funk; her maternal grandparents: John and Marion Gibbons; her paternal grandparents: Clifford and Dorothy Funk; and a special aunt: Kate Schnebel.

A memorial service for Kristen will be held at 7:00 PM on Wednesday, May 25, 2016 at the Wichmann Funeral Home, 537 N. Superior Street in Appleton. Family and friends are invited to gather at the funeral home on Wednesday from 4:00 PM until the time of the service. Kristen will be buried next to her mother at St. Mary Cemetery in Greenville at a later date.
Please don't send flowers to the service.

Kristen will forever be remembered for her smile and her kindness to everyone.