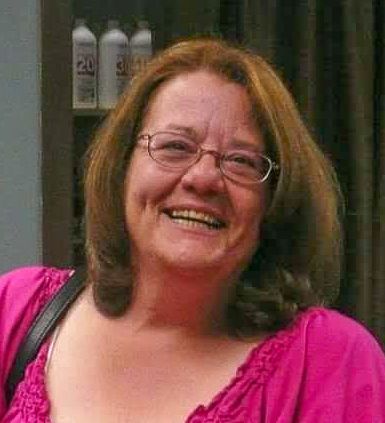 Krista J. Mischler, 62, passed away in her home after a courageous fight with lung cancer on May 31, 2019. She was lovingly surrounded by her devoted family. She was born in Appleton, Wisconsin on March 13, 1957 to the late James and Virginia (Goerl) Pulling. After graduating from Kimberly High School in 1975 she enlisted in the United States Army where she was trained as a Multichannel Communications Equipment Operator. Following her honorary discharge from the military, she returned to Combined Locks, Wisconsin where she raised her two daughters and attended Fox Valley Technical College. Krista married Jeffrey Mischler, the love of her life, on June 10, 1990 and would have soon celebrated their 29th wedding anniversary. With a friendship spanning more than 40 years, their love and devotion to one another is truly inspirational.

To know Krista was to know love. She insisted on helping anyone she could and would often leave at a moment’s notice to offer a ride, pick up a grandchild, jump start a car or to just to hold your hand. She had a passion for camping with her husband and would rather watch Disney movies with her grandchildren than do anything else on earth. She was a phenomenal wife, mother, grandmother, sister and friend and loved everyone around her without judgement. When she entered a room, you knew it! Her boisterous laughter and larger than life personality left an imprint on anyone who met her. She was a fierce mother and grandmother who would do anything for her children and grandchildren. Most of all, she was herself, unapologetically, and she taught her children and grandchildren that being authentic would get you further in life than pretending to be someone you are not. Krista had solutions for everything and often had plans in place far before she talked it over with anyone. She was a strong woman, who had seen her fair share of hardship and shared those lessons with all who would listen. She made strangers her friends, she loved all creatures and she always stood up for what was right. She will be deeply missed by her family who have not yet figured out how they will go on without her.

Krista had so many talents. She loved to garden and could effortlessly landscape any space. From the beauty of her own garden to her landscaping work at her sister’s home, she was beyond creative and could easily use whatever materials available to her to create beautiful masterpieces. Whether it was an electrical problem, dilapidated furniture, stuffed animals with missing ears, complicated sewing projects, tiling bathrooms, grouting floors, renovating rooms, staining wood or assembling the most complicated of dressers from IKEA‚Ä¶ Krista always figured it out. No project was too big. Even during her days when she felt ill, she would still find the strength to help out whenever she could.

Her grandchildren were her true joy. She spent countless hours attending sporting events, talent shows, plays and concerts. She spent a substantial amount of time with all of her grandchildren and in turn developed a close and special bond with all seven of them who knew her lovingly as “Nana.” There was no better house than Nana’s house and spending time there meant fruit snacks for breakfast, sugar toast for lunch and pancakes for dinner. Nana’s way was always the right way and movie nights were a special tradition as she was just excited as they were to watch the newest animated movie. All of her grandchildren have amazing memories of her love for them. Although she loved them all the same, she had a special way of making each one feel as they were her favorite.

She was preceded in death by her parents, James and Virginia (Goerl) Pulling, her brother Richard and several aunts, uncles and cousins.

A Celebration of Krista’s Life will be held on Thursday, June 6, 2019 at Wichmann Funeral Home, 537 N. Superior St. at 6:00 PM. With Pastor Michael Ewart officiating. Visitation at the funeral home from 3:00 PM until time of service.

The family would like to extend a special thank you to the wonderful staff at St. Elizabeth’s Hospital and their Cancer Center along with Ascension Hospice who cared for our mother through some of her most difficult days. Their patience with us as we attentively monitored her care was nothing short of outstanding.