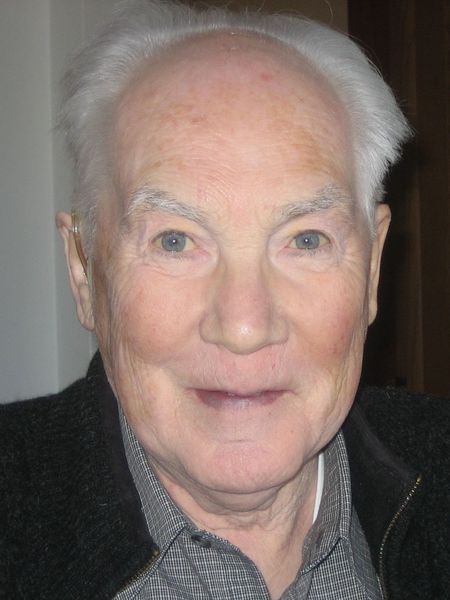 Anders Kristian Jensen “Kris” died on September 30, 2013 at the age of 86. He was born on July 2, 1927 to Agnes and Jens Peter Jensen in the country of Denmark. Kris attended the Technical University of Denmark, receiving a Masters Degree in civil engineering in 1951. While at the university, Kris was selected as one of the first exchange students in engineering to go to the US in 1950 where he spent several months in Hancock MI. He married Annelise Sørensen in Copenhagen, Denmark in 1951 and they returned to Houghton/Hancock, MI in 1952 where Kris worked for Thornton Construction Company. During their time in Michigan, Kris and Annelise proudly became US citizens.

In 1963, Kris joined the O.J. Boldt Construction Company in Appleton, where he worked for many years, retiring as senior vice president. After his retirement from Boldt Construction, Kris continued to build Butler buildings through the A.K. Jensen Corporation. During his time as a Butler Builder he was elected to the Butler Advisory Council and served as Council President for two years.

Kris was active in many charitable organizations in the Appleton area. He was a member of the Appleton Rotary Club since 1964 and served as the club president. Kris was a board member of Lutheran Social Services in the 1980's. Kris and his family have been active members of Trinity Lutheran Church in Appleton for 50 years, where he served on the property committee and the church council.
Kris enjoyed many years with Annelise and their family at their lakeshore home in Door County. He found great pleasure in the surroundings there, always watching for deer in the woods or boats on the lake. Summers in Door County meant time with his grandchildren – special times for children and grandfather alike.

Kris is survived by Annelise, his wife of 62 years. He is also survived by his five children and their families; Peter and Susan Jensen, and their son, Kristoffer of Glendale Heights, IL, Helen and David Schultz, and their sons, William, Eric of Pine Springs, MN, Alice and Thomas Brown of Visalia, CA, Karen and Rich Mueller, and their children, Sonja, Paul, Marie of Holland Patent, NY, Erick and MaryJo Jensen, and their children, Katrina, Kirsten, of Appleton. In Denmark, Kris is survived by 3 sisters-in-law, Dagny Djurtoft, Ulla Djurtoft and Karen Margrethe Djurtoft. Brother in-law Knud Asgrav and his wife Dagny and numerous nieces and nephews.

Kris is preceded in death by his parents, Jens Peter and Agnes Jensen, his brothers Viggo, Marius and his wife, Iris, Robert and Poul.

A memorial service will be held at Trinity Lutheran Church, 209 S. Allen Street, Appleton on Friday October 4 at 1:00 pm. Visitation will be held at the church from 11:30 am until just prior to the service. Online condolences may be expressed at www.wichmannfargo.com.