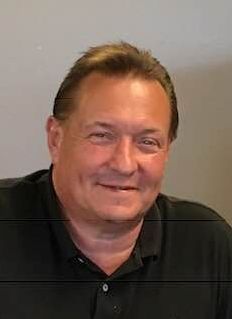 Kraig James Krueger, age 57, passed away at his residence due to complications from surgery on Monday, October 8, 2018.

Kraig was born on January 31, 1961 in Appleton, son of Merle “Merk” and Janet (Tubbs) Krueger. Kraig attended St. Paul Lutheran Grade School and was a 1979 graduate of Fox Valley Lutheran High School where he excelled in football, basketball and track. He was a starting centerfielder for the original Appleton Rebels Legion team during his high school years. Kraig later went on to earn his Bachelor of Arts Degree in Psychology through Lawrence University. Although Kraig played baseball for LU, his true mark was left in football as a member of the Vikings championship teams of 1980 and 1981. Kraig earned All-Conference honors as a placekicker and still holds several records at Lawrence.

Kraig held several jobs in the world of sales and was recognized by his peers for his efforts in insurance and finance. He was an avid golfer and enjoyed playing as often as he could. Kraig also enjoyed coaching basketball and umpiring baseball for area youth teams.

Visitation will be held on Tuesday, October 16, 2018, beginning at 4:00 PM at Wichmann Funeral Home, located at 537 N. Superior Street in Appleton. Visitation on Tuesday will conclude with a memorial service at 7:00 PM.