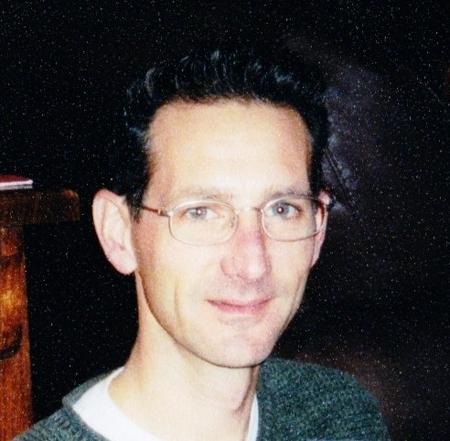 Kevin Gene Mueller, age 54, of Kimberly, passed away unexpectedly on the morning of Saturday, December 21, 2013, at his home.
Kevin was born in Richland Center, WI, on January 7, 1959. He was the first born of the late Gene Mueller and Sharon Margaret Degenhardt.
Kevin graduated from MATC in 1989 and worked in hospitality management for 18 years. He loved to cook, listen to music, and garden. Kind, compassionate, and giving are just a few words to describe Kevin along with creative and outgoing.
Left to cherish his memory is Mary Stanek and their three children: Nicholas, Hannah, and Alanna Mueller of Kimberly. He is further survived by his daughter Jessica Mueller of Washington, Missouri, his brother Kurt Mueller of Richland Center, Wisconsin, his nephew Kurtis Mueller of Viola, Wisconsin, as well as his aunts and uncles.
Kevin was preceded in death by his parents Gene and Sharon.
A time of sharing will be held at 3:00 p.m. on Saturday, January 4, 2014 at JANSEN FARGO FUNERAL HOME (204 E Kimberly Ave, KIMBERLY). A visitation will be held from 1:00 p.m. until the time of sharing. Online condolences may be expressed at www.wichmanfargo.com.
Kevin, you were loved by all, and you will be missed always. A father and a friend, your memory will live on through the lives you've touched with your love and kindness. Go forward, be free, and we'll meet you again one day.