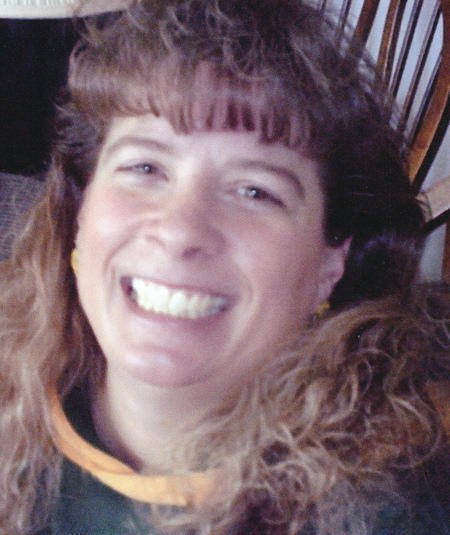 Kerry M. Zuelzke, age 49, passed away unexpectedly on Wednesday, November 14, 2012, at her home. She was born on January 12, 1963 in Milwaukee the daughter of Bill Knutson Jr. and Kathy Bates. She graduated from Appleton West High School in 1981. On July 31, 1993, she was united in marriage to Steve Zuelzke in Appleton. Her marriage was blessed with three children. Kerry was a hard worker all her life working over 15 years at Guardian Life Insurance. She loved her family and enjoyed spending time with her grandchildren. Her love of her family extended to her four-legged family, Cody and Tanner. Kerry's passion for life was in everything she did, whether she was volunteering at Octoberfest and Saving Paws, hosting legendary parties for her beloved Packers or Brewers, or spending extra time delivering flowers to others on Mother's Day and Easter; seeing their reaction was a great reward for her.
Kerry is survived by her husband, Steve of 19 years; three children, Steve Jr , Appleton, Melissa (Josh Brehmer) Zuelzke, Oshkosh and Tracy Zuelzke, Myrtle Beach, SC; four grandchildren, Ameerah, Lainah, Madic Zuelzke and Haleigh Brehmer; mother, Kathy (Leo Rooyakkers) Bates, Kimberly; step-mother, Pat Knutson, Greenville; two brothers, Craig (Janice) Knutson, Abrams and Steve (Susan) Knutson, Atlanta, GA; one sister, Kristy (John) Seidler, Appleton; two sisters-in-law, Susan (Randy) Lopas, Neenah and Lori (David) Olbrich, More Park, CA; brother-in-law, Jack (Michelle) Zuelzke, Appleton; and parents-in-law, Jack and Carol Zuelzke, Neenah. Kerry is further survived by many nieces, nephews, other relatives and dear friends. She was preceded in death by her father, Bill Knutson Jr., paternal grandparents, Bill Sr. and Irene Knutson, and maternal grandparents, Bill and Margaret Bates.
Funeral service for Kerry will be at 12:00 NOON, Saturday, November 17, 2012, at Wichmann Funeral Home, 537 North Superior Street, Appleton, with Father Dan Felton officiating. Friends and family may visit at the funeral home on Saturday from 9:00 a.m. until the time of service. Private entombment will take place at Highland Memorial Park. In lieu of flowers a memorial is being established.
Online condolences may be directed to www.wichmannfargo.com