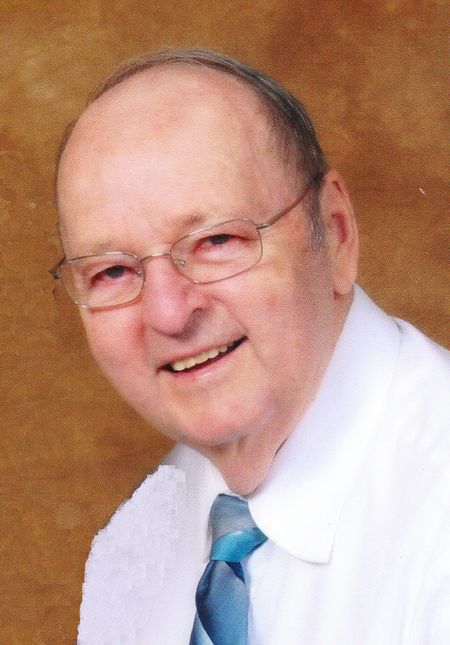 Kermit A. Wuethrich, went to his heavenly home on Wednesday, January 22, 2014. He was born on December 13, 1929, in Oshkosh to Alfred and Anna Wuethrich and resided in Appleton. Kermit graduated from Oshkosh High School and furthered his education at Oshkosh Technical School with a degree in Computer Programming. He married Carol Rand on August 1, 1953, and they spent 60 wonderful years of marriage together. Kerm retired from Voith Fabrics, formerly Appleton Mills, at the age of 62. Previously, he held many positions while living in Oshkosh, Fond du Lac, Palatine IL, and Appleton. Kerm proudly served in the Naval Reserves for many years and was a member of Golden Kiwanis in Appleton. He loved golfing, watching the Green Bay Packers, and singing in the church choir. Kerm was deeply loved by his entire family and will be missed dearly.

Funeral services for Kermit will be held at 3:00 p.m. on Saturday, January 25, 2014, at FAITH LUTHERAN CHURCH, 601 E. Glendale Avenue, Appleton. A time of visitation will be held at church from 2:00 p.m. until the time of service. Kermit will be laid to rest at Lakeview Memorial Park. In lieu of flowers, a memorial fund has been established in Kerm's loving memory.