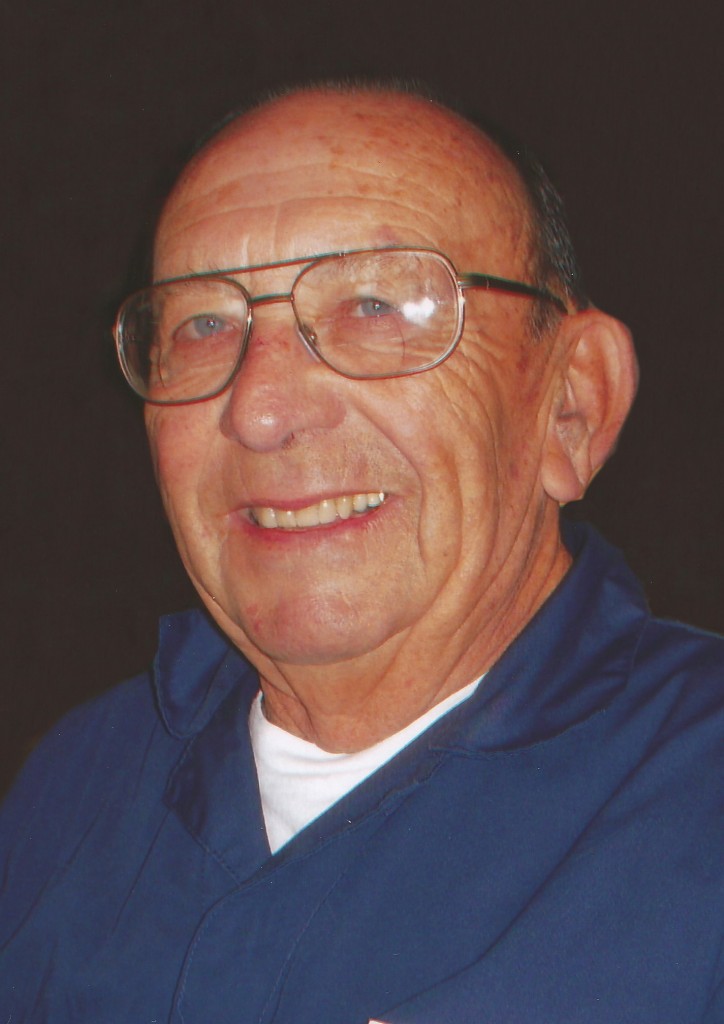 Ken served his country from 1951-1957 in the US Air Force as an Airplane Mechanic at Ethan Allen AFB, Winooski, VT and Scott AFB, IL. In 1955, he married Dolores “Dolly” Stroupe in Taos, NM. They were married for 55 years and raised three children. Their early years were spent with family in Colorado and in Florissant, MO.

In 1969, the family moved from Missouri to Wisconsin, and two years later settled on a small hobby farm in Winchester where they raised a “few” beef cattle, some pigs, a couple of horses and any stray dog or cat looking for a home-whether Dad knew they were there or not! Many trips were made back to the “old neighborhood” in Florissant to visit life-long friends, “the Pattons”.

Ken worked for General Electric Co. for over 20 years before starting Electrical Assistance, Inc. in 1979. He worked as an Electrical Engineer in the paper industry throughout various states and always looked forward to projects in Florida every January. He retired in 1999 and became involved in local government and community through the Town of Winchester Planning Commission.

Ken proudly displayed his high school mascot and looked forward to every year he was able to attend his high school reunion in Dupo, IL. He had great respect for all the successful people in his class and was looking forward to his 69th reunion this year.

After Dolly’s death in 2010, Ken met and adored Marge Shotton, who became a wonderful part of the family. Ken and Marge spent winters in McKinney, TX and summers in Wisconsin. They could be found traveling the back roads with the Nickle A Car Club in Ken’s Ford Model A’s. If you were lucky, you could catch him “tuning up” the Model A’s, up and down Sauby Road on a nice day!

Per Ken’s request, no funeral services will be held and cremation has taken place. A remembrance of Ken is planned for a later date. His children are appreciative of friends and neighbors who supported him, as well as nurses and CNA’s at Peabody Manor, and especially Sisters McKenzie and Elainna, both who he adored. Online condolences may be expressed at www.wichmannfargo.com.