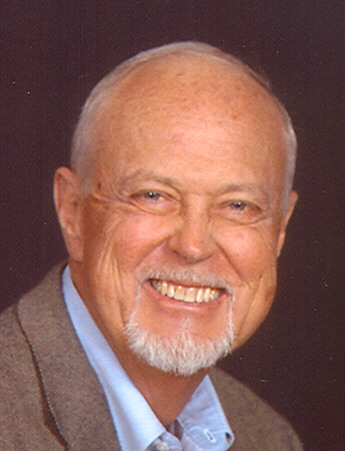 Kenneth Raymond Wenzel, age 61, of Greenville, entered eternal peace on Tuesday, February 5, 2008, at Cherry Meadows, Appleton, after a 10-year battle with leukemia. Ken was born in Marshfield, Wisconsin, on August 25, 1946, to the late Raymond and Rose (Van de Loo) Wenzel. He graduated from Columbus High School, Marshfield, in 1964, and attended UW Stevens Point for two years. Ken married Lou Ellyn Walsh on October 14, 1967, and they made their home in Neenah, Wisconsin, where Ken began a 38–year career with Wisconsin Tissue Mills. In 1977 the family relocated to Cottage Grove, Minnesota. There they made many new friends that were greatly missed when they moved back to the Fox Valley area in 2001. Ken loved to spend time with family and friends. He enjoyed spending time outdoors, gardening, fishing and hunting and always looked forward to time spent at the family cabin in northern Wisconsin. Ken was a gifted athlete who enjoyed playing and coaching softball, basketball and golf. He was an active member of St. Rita's parish in Cottage Grove, Minnesota and St. Mary's parish in Greenville, Wisconsin. He is survived by his loving wife of 40 years, Lou Ellyn; his two sons, Paul (Kelly) Wenzel, Menasha; and Eric (Tina) Wenzel, with Ken's very special granddaughter, Marni, Greenville; his two sisters, Germaine (Orville) Weber and Berniece (Don) Mancl, both of Marshfield; and his brother, Ron (Kathy) Wenzel, Oshkosh; his in-laws, Dorothy Lietz, Dan and Rebecca Walsh, Pat and Larry Sowatzke, Jerome and Laura Pelot, Mary and Eugene Ludwig, and Terry and Colleen Walsh. Ken is further survived by nieces, nephews, many other relatives and friends. He was preceded in death by his stepmother Marie (Daul) Wenzel. The Funeral Liturgy will be at 11:00 a.m. on Saturday, February 9, 2008, at ST. MARY CATHOLIC CHURCH—GREENVILLE, N2385 Municipal Drive, Greenville, with Fr. Mark Vander Steeg officiating. Friends may call at the Wichmann Funeral Home, Tri-County Chapel, Menasha, on Friday from 4:00 p.m. to 8:00 p.m. and again directly at the church on Saturday from 9:30 a.m. until the time of services. The family would like to extend a sincere thank you to the staff of Cherry Meadows; Theda Care Hospice; Dr. John Swanson, Dr. David Brooks and Dr. John Elisberg; and the staff at Appleton Medical Center for their care and compassion they gave us all throughout the years.
WICHMANN FUNERAL HOME
Tri-County Chapel
3212 South Oneida Street
Menasha 920-831-9905
www.wichmannfargo.com

He is loved by many and will be missed by all.