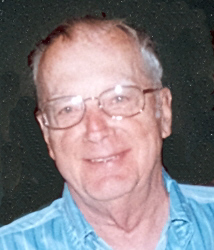 Kenneth R. Niesen, age 84, of Kaukauna, passed away on Wednesday, September 28, 2011 with his family at his side. He was born on July 8, 1927 in Appleton, the son of the late Robert and Pearl (Ehnerd) Niesen. Ken served his country in the U.S. Army. On September 26, 1953 he married Pauline Huisman at St. John Catholic Church in Little Chute. Ken was a life-long member of Holy Cross Catholic Church and member of the Knights of Columbus Council 1033 and Kaukauna Electric City VFW Post 3319 and volunteered at Loaves and Fishes Food Pantry in Kaukauna. He was employed at Automotive Supply until his retirement. Ken enjoyed gardening, deer hunting, polkas and reading, especially about military aviation and history. He had a great love for God and family.

The funeral liturgy for Kenneth will be held at 12:15 pm on Saturday, October 1, 2011 at HOLY CROSS CATHOLIC CHURCH, 309 Desnoyer Street, Kaukauna. Burial will take place at the parish cemetery. Visitation will be held at the church from 9:30 am until the time of mass. A memorial fund has been established in his name.