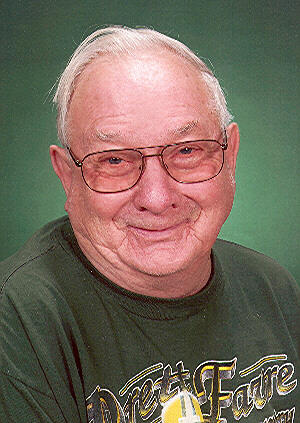 Kenneth L. “Kenny” Niemuth, age 70 of Appleton entered into eternal life on Saturday, September 6, 2008 at Theda Clark Hospital after suffering a stroke. He was born in the Town of Wolf River, Fremont, Wisconsin, the son of the late Emil O. and Sadie (Miller) Niemuth. He attended Cabin School and Fremont Elementary and Weyauwega High School. He was employed for many years at Simmons Company of New London. During his retirement years he spent many countless hours doing volunteer work at Genesis Club, The Salvation army, Oneida Heights and Randall Ct. Apartments, plus other places in Appleton. Ken was a “Giver” including organ donation. He loved dogs and met many friends through them.

Ken is survived by his brothers: Gordon (Arcille) Niemuth of Weyauwega, Robert (Jan) Niemuth of Fremont, Glen (Sandy) Niemuth of Fremont, and Charles (Marita) Niemuth of West Bend; his sisters: Eunice Kempf of Weyauwega, and Joyce Ludwig of Oshkosh; an aunt, uncle, nieces and nephews; good friend and sister-in-law, Nelda Niemuth; and many wonderful friends. He is preceded in death by his parents, brothers: Emil Jr., and an infant brother, Lawrence; nephew, Bryan Niemuth; and brothers-in-law: Arden Kempf and Don Ludwig. Visitation for Ken will be on Thursday, September 11, 2008 at 9:30 a.m. until the service at 11:00 a.m. at Wichmann Funeral Home, 537 N. Superior Street, Appleton, with Rev. Mark Henke officiating. A memorial fund in Ken's name is being established.