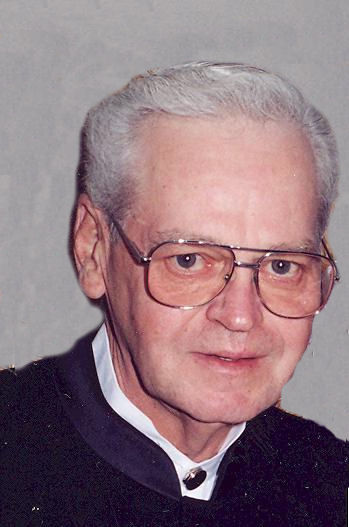 Kenneth James “Ken” Mahloch, age 71, passed away unexpectedly on April 3rd, 2013. Kenneth was born on March 24, 1942 in Manitowoc County, WI son of Carl and Delores Mahloch. Ken proudly served his county in the National Guard 2/127th Infantry Regiment. Ken graduated from St. Mary's Menasha High School, Menasha, WI in 1960. Ken married the love of his life, Darlene on October 7th, 1967. He worked by his father's side to learn the trade of motor repair and after graduation, he worked at Kurz Electric for over 40 years. Ken also volunteered for many years at St. Bernadette Parish and recently delivering Meals on Wheels for Calumet County. He enjoyed spending time on the boat with the family, golfing and watching his beloved Green Bay Packers. But most of all, he really truly loved to spend time and sharing his Oreo cookies with his six wonderful grandchildren.

He will be greatly missed by his wife of 45 years, Mary Darlene Mahloch, his daughters, Colleen (Missey) Mahloch (Shawano), Carrie and Mark Verkuilen (Shawano), Corene and Greg Strohfeldt (Appleton), and Crystal and Scott Laabs (Appleton), and his grandchildren, William Verkuilen, Chloe and Myah Strohfeldt, Austinn, Chris, and Nathanael Laabs. He is further survived by his brothers and sisters, Richard and Cheryl Mahloch (Arizona), Robert Mahloch (Appleton), Jean and Robert Palm (Appleton), Jane and Ron Birling (Appleton), and Joan and Daniel Baerenwald (Appleton), brothers and sister-in-law, Donnie and Janet Vogel (Green Bay), Darryl and Barb Vogel (Mequon), Dorene and Gene Schmidt (Brillion), and Douglas and Judy Vogel (Brillion). He is also survived by several uncles, aunts, cousins, nieces, nephews, his special friends Jeff and Jane Bobb (Arizona), his close neighbors and many, many friends. He will also be missed by his lap dog, Brett.

He is preceded in death by his beloved son, Christopher Mahloch, parents Carl and Delores Mahloch, brother Ronald Mahloch, nephew Andrew Baerenwald, father and mother-in-law Edward and Mary Vogel, and many special uncles and aunts.

Funeral Liturgy for Ken will be held on Saturday, April 6th, 2013 at 11:30am with Rev. Father Donald Zuleger officiating at St. Bernadette Catholic Church 2331 E. Lourdes Dr. Appleton, WI 54915. Visitation will be held at 9:30am at St. Bernadette until the time of service at church. Inurnment will be in the Riverside Cemetery at a later date.

In lieu of flowers, a memorial fund will be established in Ken's name. Online condolences may be expressed at www.wichmannfuneralhome.com.

A special thank you to the ICU Doctors and staff as well as the nurses on the 5th floor at Theda Clark for your care and compassion. We appreciate your support in our desire to honor Dad's wishes. Dad, we will miss you dearly, but we know that you are where you want to be with Christopher at your side.