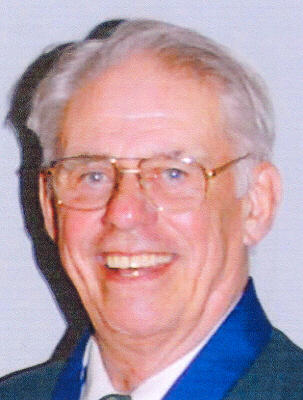 Age 81, passed away peacefully at Rennes Health Care Center on Tuesday, August 23, 2011. He was born in Chicago, IL on October 1, 1929 the son of the late Kenneth K. and Winifred (Meryhew) DuVall. Tim attended Stanford University and graduated from Lawrence College with a Bachelor of Science degree in Economics. In 1992 he received the Outstanding Service Award from Lawrence University. He was proud to serve in the U.S. Navy from 1952-1955. 51 years ago, on December 26, 1959 he married JoAnn Buesing at Zion Lutheran Church in Appleton. Tim began his career as a stockbroker for The Milwaukee Company. In 1950 he performed in the inaugural play of Attic Theatre and continued performing there for over 50 years. He also enjoyed performing with friends in “Basement Theatre”. Tim was a charter member of The Kiwanis Club of Appleton-Fox Cities. From 1998-1999 he served as Governor of Kiwanis of Wisconsin/Upper Michigan. He was instrumental in starting several Kiwanis clubs in the area. Tim was an active member of First United Methodist Church for 48 years. In spare time, he enjoyed photography, genealogy and playing Bridge.

The family would like to extend a special thank you to the caring staffs at Rennes Health Care Center and Appleton Medical Center.

In lieu of flowers, donations may be sent directly to Kiwanis Club of Appleton-Fox Cities, Lawrence University, First United Methodist Church, or the charity of your choice.