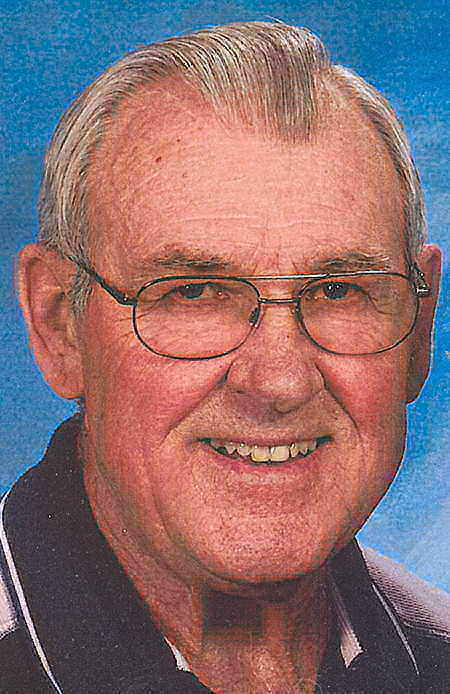 Kenneth J. Vanderloop, age 77, of Kaukauna, passed away after a lengthy battle with cancer in Hospice at Cherry Meadows, Appleton, on Monday, November 28, 2011. Ken was born on February 12, 1934, in Tony, Wisconsin, to the late Martin and Delia (Freeman) Vanderloop. He was united in marriage to Ruth Belongea on October 9, 1954.

Ken was a loving husband, father and grandfather. He was employed at Thilmany/International Papers for 40 years, retiring in 1993 as Superintendent of Materials Handling. Ken was a member of the Thilmany Management Club as well as the Thilmany Quarter Century Club. He was a longtime member of the Adult Choir and Funeral Choir at St. Aloysius Catholic Church. Ken was an avid Green Bay Packer fan, enjoyed fishing and was an accomplished wood worker.

The funeral liturgy will be at 11:30 a.m. on Saturday, December 3, 2011, at ST. KATHERINE DREXEL PARISH, ST. ALOYSIUS CHURCH, 2401 Main Avenue, Kaukauna, with Fr. David Belongea and Fr. Jerry Pastors concelebrating. Friends may call directly at the church on Saturday from 9:00 a.m. until the time of services. Interment will be in St. Mary Cemetery, Kaukauna.

Ken's family would like to extend a sincere thank you to the doctors and staffs of Fox Valley Hematology and Oncology, St. Elizabeth Hospital and Hospice at Cherry Meadows for their loving care.

And God shall wipe away all tears from their eyes; and there shall be no more death, neither sorrow, nor crying, neither shall there be any more pain. Rev. 21:4