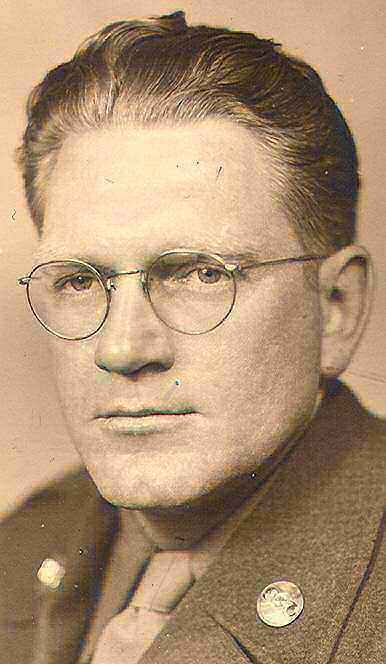 Kenneth F. Reimer, age 94, of Appleton, was born to eternal life, following a short illness, Wednesday morning, December 20, 2006. He was born January 10, 1912, to the late Frank and Rose (Malkins) Reimer in Rothschild and had been an Appleton resident for over 60 years. On May 15, 1937 he married Helen Rhoder at the home of her parents in Appleton. Ken served with the U. S. Army during WW II, with the 193rd Chemical Division. He had been employed by Riverside Paper for over 30 years. Ken was a member of Bethel Ev. Lutheran Church. He is survived by his daughter, Barbara (Sheldon) Schneidewend, Menasha; a granddaughter, Nicole Palmer, DePere; a grandson, Dan (Peggy) Schneidewend and their children, Kellen and Hannah, Milwaukee; a sister-in-law, Jean Getsfried, Appleton; several nieces and nephews. He was preceded in death by his wife Helen (Rhoder) Reimer on December 13, 2004, his sister and brother-in-law, Velda and Lawrence Olson and a brother-in-law, Leo Getsfried. Funeral services for Kenneth will be held at 11:00 am, Friday, December 22, 2006, at BETHEL EV. LUTHERAN CHURCH, 829 Appleton Road, Menasha, with Reverend Samuel Degner officiating. Burial will be in Appleton Highland Memorial Park. Friends may call at the church from 10:00 am Friday, until the time of the service. A memorial fund is being established.