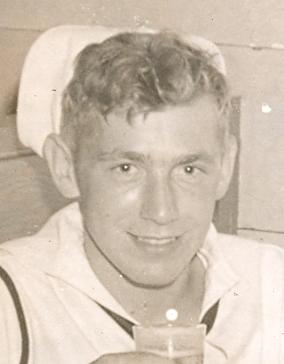 Kenny served his country in the U.S. Navy during WWII. He worked for George Banta Printing Company retiring in 1988.

Kenny enjoyed model railroading and enjoyed sharing his passion with his great-grandson Reese who gave him the name “Opa”.

The memorial service for Kenneth will be held at 7:00 pm on Thursday, June 23, 2011 at Wichmann Funeral Home with Rev. Kurt Kovanen officiating. Friends will be received at the funeral home on Thursday from 5:00 pm until the time of the service. In lieu of flowers, a memorial has been established in his name.

Special thanks to his caregiver, Carla who became a very “special” friend, “best” friend and neighbor Bernie and hospice nurse, Tammy for all their care and compassion.