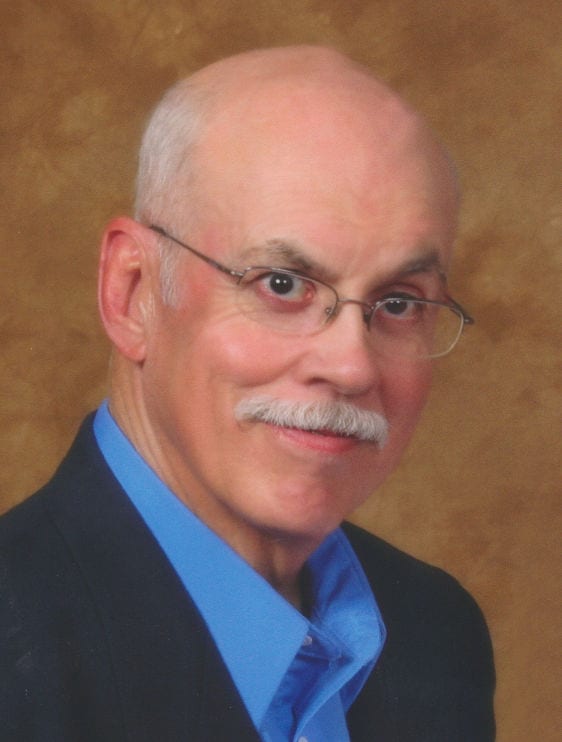 Kenneth Dale Dickson, 74, passed peacefully with his wife and minister by his side on February 5, 2020.  He was a seven-year cancer survivor who finally succumbed to the effects of radiation therapy. Ken was born in Waukon, Iowa on September 25, 1945, son of the late Howard and Melva Dickson.  Ken married Sharon Graf on June 19, 1981.  He graduated from Waukon High School and Winona State University.  Later, he received his Master’s Degree from Marian College.

Ken was a very talented man with many gifts which he shared with the many people who were blessed to have known him.  He was an art teacher for thirty-two years, having taught at Einstein Middle School and Appleton North High School.  Ken retired in 2001.  During his first few years of retirement, he also taught as a guest artist at the Renaissance School of the Arts.

Ken enjoyed spending time using his skills to paint pictures and carve Old World St. Nicks.  A man of strong faith, he enjoyed attending bible class regularly, as well as traveling to many wonderful places that he and Sharon were able to visit.  However, his greatest enjoyment came from spending time with his family, especially with his two daughters and his granddaughters.

He is survived by his wife: Sharon Dickson of Appleton; two daughters: Stacia (Guillermo) Licona of Houston, Texas and Crystal (Brent) LaBathe of Plymouth, Minnesota.  His granddaughters are Eliana and Fallon Licona.  He is also survived by three brothers: Roger (Diane) Dickson of Illinois, Arden (Brenda) Dickson of Iowa, and Randy (Lois) Dickson of Middleton; and sisters-in-law: Judi (Tom) Staudt of Wauwatosa, Barb (Tom) Kopf of Franklin, Donna (Steve) Tiffany of Chilton, and Charlene (Scott) Walinski of Appleton.

A celebration of Ken’s life will be held at 11:00 AM on Friday, February 21, 2020, at Faith Lutheran Church, located at 601 E. Glendale Avenue in Appleton, with Rev. Daniel Thews officiating.  A private burial will take place at Riverside Cemetery.  Family and friends are invited to gather at the church on Friday morning, February 21, from 9:00 AM until the hour of the services.  In lieu of flowers, memorials may be directed to either Faith Lutheran Church or the American Cancer society.

The family would like to thank Dr. Michael Johnson and his staff for the great compassion and care given over the years, the Einstein/AASD breakfast group for all of their loving support which was given to Ken and Sharon, as well as the love of their many family members and friends.  We will never forget your kindness.