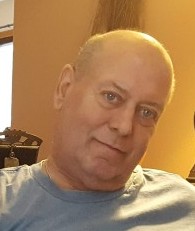 Ken was described by friends and family as “one of the nicest guys you could ever meet”. He made people feel welcome and appreciated no matter the situation. Ken was willing to drop everything to help anyone with a problem. He loved to garden, hunt, and fish and as a result, could whip together a tasty meal from almost anything. He loved to introduce new foods to his loved ones, winning over many a skeptic along the way. His collection of cookbooks knew no rival. He was a talented HVAC and electrician and devoted his career to the Kimberly paper mill.

A memorial gathering will be held on Saturday, February 2, 2019 from 2:00 PM until 4:00 PM at VAN ABEL’S, 8101 County Road D. Online condolences may be expressed at www.wichmannfargo.com