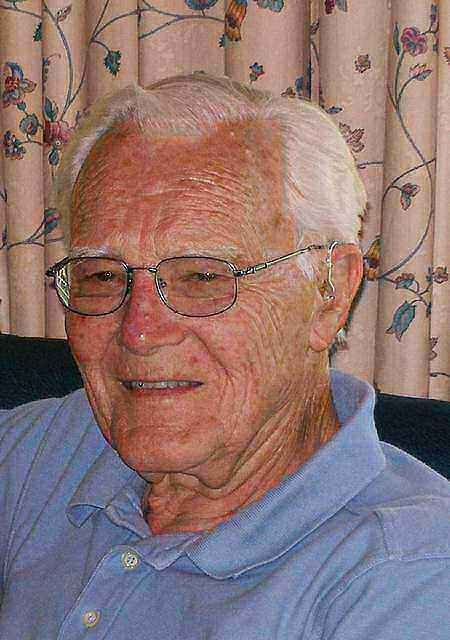 Keith M. Keane of Appleton, age 91, died on Thursday October 13, 2011 at his home after a long battle with prostate cancer. Keith was born June 22, 1920 in Sullivan, WI to the late Homer and Myrtle (Steele) Keane, and has lived in Appleton since 1957.

After graduating from UW-Madison Medical School in 1943 he served as a Captain in the US Army Medical Corp. He then began his residency in psychiatry in Madison. In 1949 he and Betty moved to Sheboygan where he practiced psychiatry until 1957. At that time he moved his family to Appleton where he opened a private practice, as well as being on the staff at St. Elizabeth Hospital, where over the next 20+ years he and his close friend and colleague Dr Joe Weissler, along with others, transformed the Psychiatric Wing of St E‚Äôs into a highly therapeutic, caring and successful community treatment resource for those dealing with more significant mental illnesses. Keith continued his distinguished psychiatric career until about 1988 when he went into ‚Äòsemi-retirement‚Äô, and was known by his medical colleagues as ‚Äúthe most normal psychiatrist they knew‚Äù.

Keith was an avid tennis player and golfer, along with also enjoying activities such as downhill skiing, sailing and watching his children and grandchildren in all of their events. Keith also particularly enjoyed watching the Packers and attended games for many years at Lambeau Field.

Keith was preceded in death by his loving wife Betty (Peltier) who died in 2005 after 63 years of marriage, his brother John, and his grandson Kevin.

In lieu of flowers, memorial donations can be made to the Center for Grieving children at www.centerforgrievingchildrenfoxvalley.org
The family would like to express special thanks to Keith‚Äôs doctors Lee Vogel and Jack Swanson for their compassionate care, and to all of the wonderful nurses and aides at Touchmark – your concern for our father and your professionalism were always very obvious.